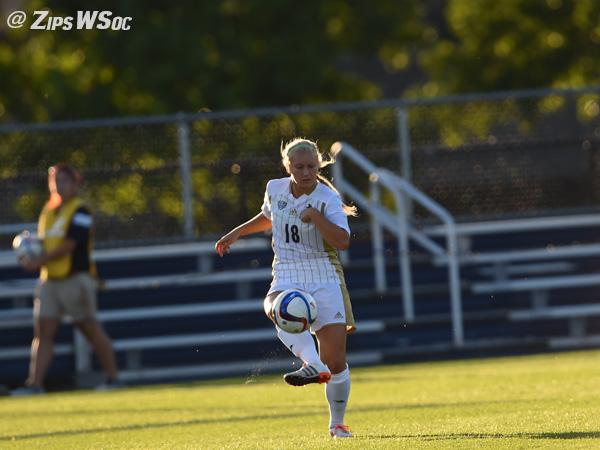 The Zips swimming and diving team set three meet records last Friday at the Tom Stubbs Relays in Bowling Green, Ohio, in its first official meet of the 2015-16 season.

The relay team of Hannah Raspopovich and Erin Seiler, along with Laura Savariau and Ragen Engel, swam the 200 Medley relay in a time of 1:44.41, setting a meet record.

On the night, the Zips finished first five times, second three times, and had one third-place finish.

The University of Akron women’s volleyball team dropped a pair of Mid-American Conference contests over the weekend.

Against the Huskies (10-9, 6-1 MAC) on Friday, the Zips were led by Anna Wenger with 11 kills; Amanda Bedell and Dragana Micic added eight kills apiece. Karley Kusan scattered 30 assists and contributed a team-high seven digs in the match. Brenna Mack and Micic also posted five digs apiece to contribute to Akron’s final tally of 20.

The Akron men’s and women’s cross country teams competed on Saturday at the NCAA Pre-National Invitational. Clayton Murphy was the top finisher for the Akron men, placing 59th in 24:03.9 to direct the Zips to a 23rd-place showing in the 42-team field in the seeded 8K race. On the women’s side, Jillian Roth was the Zips’ top women’s finisher for the fourth time this season, crossing the line in a season-best 6k time of 22:02.9 to place 71st. As a team, Akron placed 33rd in the unseeded 6K division.

The University of Akron women’s soccer team split a pair of conference games over the weekend.

On Friday, some mistakes in handling the back and the inability to score allowed Central Michigan to escape Akron with a 3-0 victory.

The scoring opened quickly as a misplay of the ball happened in Akron’s third of the field and the Chippewas’ (5-7-2) Eliza Van De Kerkhove took advantage of it. She controlled the ball and sent a shot past a diving Annabelle Hegeman for a 1-0 lead.

Akron had 5 shots in the first half—including three on goal—but each was right at goalkeeper Zoie Reed.

The Rockets (6-11, 2-6 MAC) scored on a well-placed shot by Meghan Connor in the eighth minute of the contest.

In the 30th minute of the match, Katie George sprinted up on a crossing pass from Rachel Baughman and blasted it into the back of the net to tie the score. It was George’s fifth goal of the year.

Toledo had three shots inside the box just before halftime, but Akron’s defense stood strong. Hegeman turned away two of the shots and the third was blocked by a defender.

In the 59th minute, Hannah Werth scored the game-winning goal off a corner kick; she curled the ball into the box, the Toledo goalie tipped it, and it bounced into the back of the net.