‘Comedy of Errors’ shakes up UA 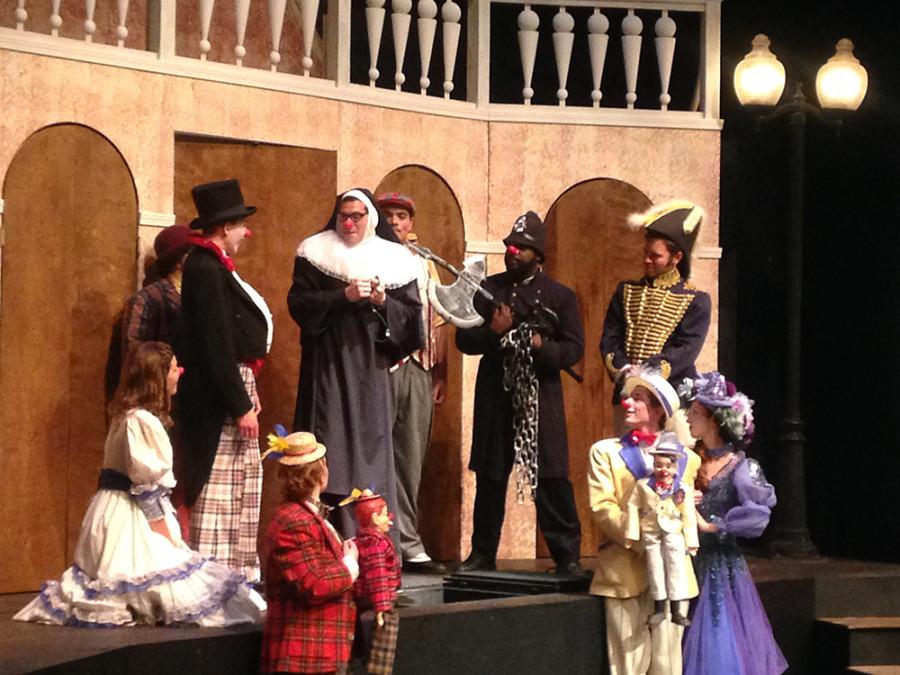 The cast of 'The Comedy of Errors' performs at UA's Sandefur Theatre on Thursday evening.

By Jaclyn Scarborough and Logan Lane

The University of Akron theatre department is currently performing Shakespeare’s “The Comedy of Errors” in the Sandefur Theatre at Guzzetta Hall. Opening night took place Nov. 5 and will continue until Nov. 14, with curtains rising at 7:30 p.m. each night.

One of Shakespeare’s earliest plays, “The Comedy of Errors” is the story of identical twin brothers who were separated at birth. The brothers (both named Antipholus) wind up in Syracuse together with their servants, who also happen to be twin brothers. A riotous comedy of mistaken identity, puns, clowns, magic, and slapstick humor ensues.

The performance stayed true to the original Shakespearean language and iambic pentameter.

Terence Cranendonk, an Akron alumnus and theatre veteran, directed the play. He noted how the vaudevillian elements combined with humor to bring the piece to life.

The show was recently entered into the Kennedy Center American College Theater Festival– which gives scholarships and grants to students who show exemplary dramatic ability both onstage and behind the scenes.

Appropriate for theatre-goers of any age, the play is “a splendid time… guaranteed for all,” according to Cranendonk.

Tickets begin at $12 for general admission; $10 for seniors, faculty/staff, and alumni; $6 for students.

The UA Theatre Arts Program is also hosting a ‘Drama Day’ on Nov. 14 from 9:30 a.m. – 5 p.m. in Guzzetta, which is a free event for high school students, UA students, and educators.