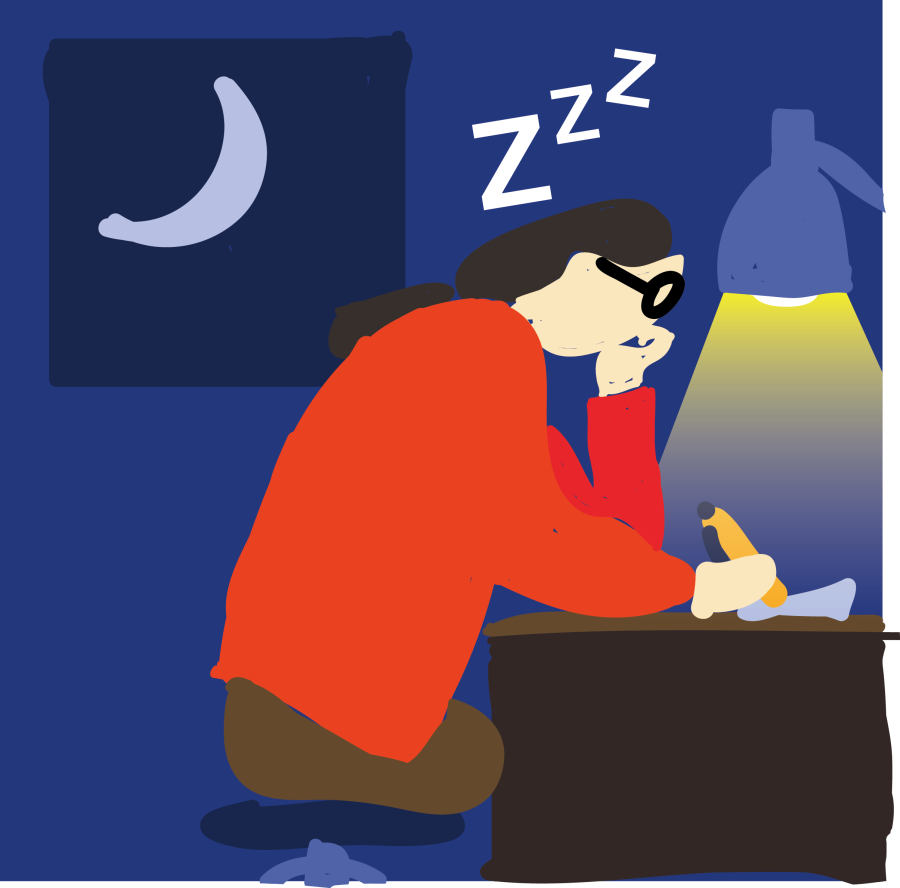 Naps and all-nighters can actually make one perform worse in school. Sleep is a vital part of keeping oneself healthy and allowing someone to perform their best.

The University of Akron’s Counseling and Testing Center wanted to educate students on proper sleep habits with their workshop titled “Good Sleep and Academic Performance” on Nov. 6 in Simmons 306.

According to the presentation, the average adult requires seven to eight hours of sleep each night; however, the average American adult receives less than seven hours each night.

It is a common stereotype that most college students cram for tests by pulling all-nighters. According to UA psychologist Matthew Altiere, it’s more harmful than helpful.

“An all-nighter could be very problematic before a test because one function of sleep is recording into your memory,” Altiere said. “I really tell people you’re better off studying for a couple hours and getting a good night’s rest as opposed to staying up all night studying for ten hours.”

According to Altiere, a study was conducted that looked at people’s performances who were sleep-deprived and people who were not. Not only did the sleep-deprived people perform worst on their task, their judgment was off so they thought they did better than they actually did.

Altiere went on to say that a good night’s rest results in better concentration and memory which can greatly impact school work.

“If you don’t sleep well, you can’t focus as much,” Altiere said.

He also said that naps longer than 30 minutes can disrupt how one goes to sleep at night and what time one wakes up in the morning.

Altiere’s advice for getting a proper night’s rest is to practice good sleep hygiene, which means setting a bedtime routine. Choosing a time when to sleep and wake up helps create a healthy cycle that will regulate one’s body and balance hormones.

Additionally, balanced hormones will help a person physically; it allows one to maintain a healthy weight, boosts the immune system, and helps regeneration of muscle tissue.

This workshop was a part of UA’s Counseling and Testing Center’s College Survival Kit. For more information visit uakron.edu/counseling.