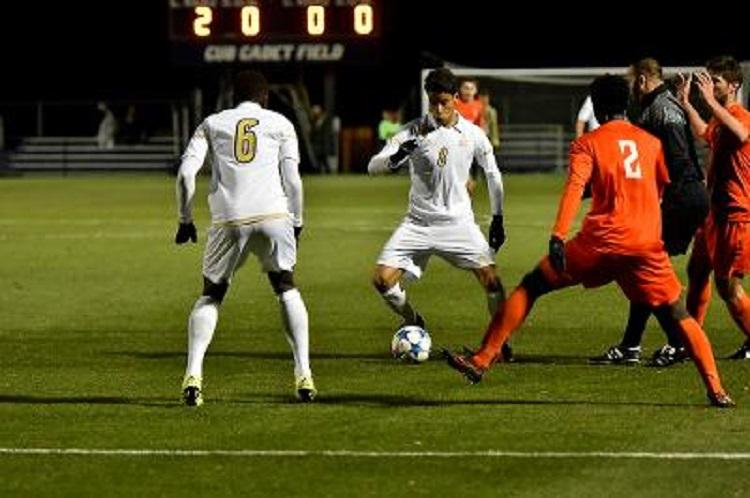 Earlier in the day, second-seed Western Michigan University will battle third-seed University at Buffalo at 4 p.m. at FirstEnergy Stadium.

The winners of the two semi-final games will battle on Sunday at 1 p.m. for the conference title and the automatic bid to the NCAA Tournament.

The Zips (13-3-2) look to make their 13th appearance in the final game of the tournament over the last 15 years. UA has appeared in the championship game of the MAC 15 times since 1994, owning an 11-4 record during that time.

Akron has won the conference tournament seven of the last eight years, only missing in 2011 after losing in penalty kicks to Western Michigan University.

The Zips played all three of the other teams in the tournament during the regular season, but all were on the road.

At the game played between Akron and West Virginia on Oct. 28, Brad Ruhaak scored three minutes in and Sam Gainford added an insurance goal in the second half as the Zips cruised to a 2-0 victory. Jake Fenlason was brilliant in goal, posting one of his seven shutouts on the season by making four saves.

Akron also owns a victory over Buffalo, 2-1, on Oct. 9, as Buffalo took an early lead at the 2:34 mark. However, Ruhaak scored in the 44th minute and Victor Souto netted the game winner with a penalty kick at 83:05.

On Oct. 24, the Zips battled Western Michigan to a 1-1 tie after two overtimes. Adam Najem gave Akron the lead at 22:01 but the Broncos tied it less than six minutes later.