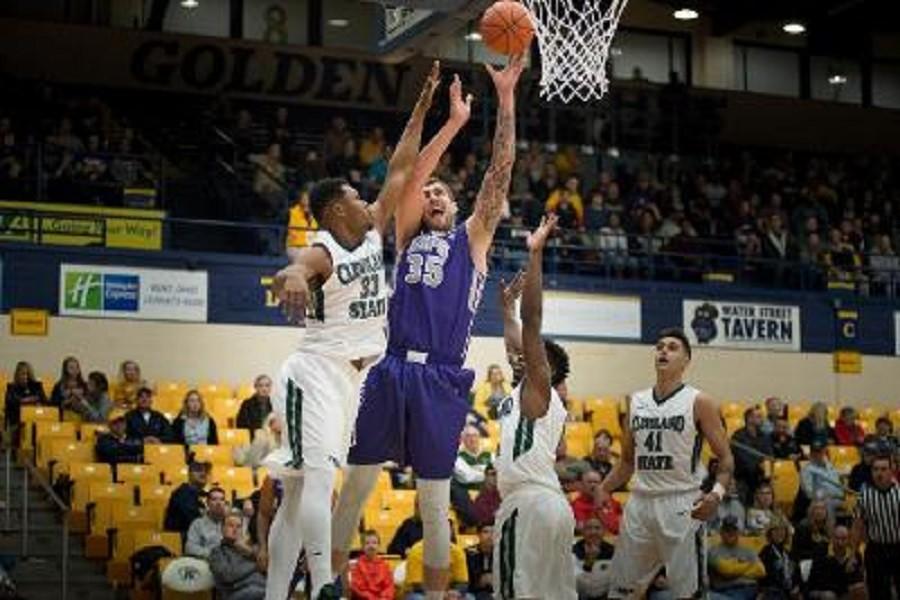 The University of Akron men’s basketball team used a good first half to establish a big lead, then held on to defeat the Cleveland State Vikings 65-53 in the late game of the Coaches vs. Cancer Doubleheader at Kent State’s M.A.C. Center Saturday evening.

The Zips (1-0) sprinted to a 31-10 lead in the first half on the strength of team play as nine players hit the scorebook.  A steal by Kretzer led to a dunk by Jimond Ivey highlighted a 16-0 run after the Vikings (0-1) took a 6-4 lead early in the contest.

Kwan Cheatham, Jr. added a dunk and a pair of free throws in the run to help fuel Akron to the 21-point lead with 4:04 left in the first half.

“It was a typical Akron early season game,” Dambrot said. “We played well in short stretches, but we didn’t finish in the second half. Cleveland State plays very hard, and it showed us we need to be consistent for 40 minutes.”

Cleveland State was able to cut the lead to 49-38 with 10:27 to play in the game, but Akron responded with a 7-0 run capped by a Jackson old-fashion three-point play to extend the lead back to 18 with 7:15 remaining.

For the game, Akron shot 45.3 percent from the floor, including a 36.8 percent performance from long distance. One area that will need improvement is from the charity stripe where the Zips were 52.6 percent (10-of-19).