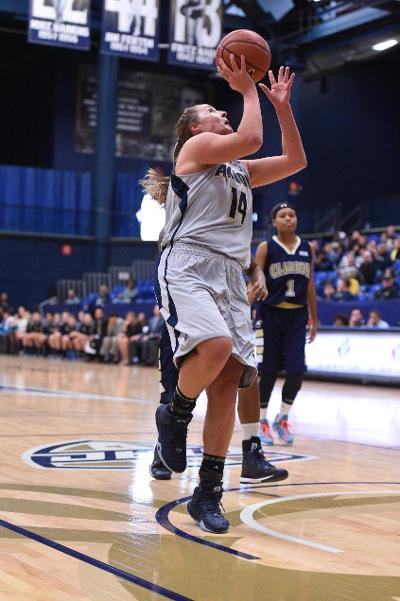 Greta Burry had career highs in points and rebounds, but it was not enough against Florida Atlantic.

The University of Akron women’s basketball team hosts the Akron Classic this weekend at the James A. Rhodes Arena with Winthrop University, Ohio University, and Florida Gulf Coast University (FGCU).

Then on Saturday, The Eagles will battle the Bobcats at 1 p.m., then the tournament will conclude with the Zips facing the FGCU Eagles at 3:30.

The Zips are coming off a tough 91-77 defeat at the hands of Florida Atlantic last Friday. Akron fell down by 9 early in the game and battled back the entire game.

Anita Brown had 27 points and Hannah Plybon added 21 more to lead the Zips in scoring. Greta Burry and Ali Ball each had double-doubles as Burry connected on 14 points and 12 rebounds, and Ball helped the cause with her 13 points and 11 boards.

The Akron Classic winds up the home portion of the schedule for the month of November, the next home game would be Wednesday, Dec. 2, against Rochester.