No. 3 Akron cruises over Rutgers in NCAA Tourney 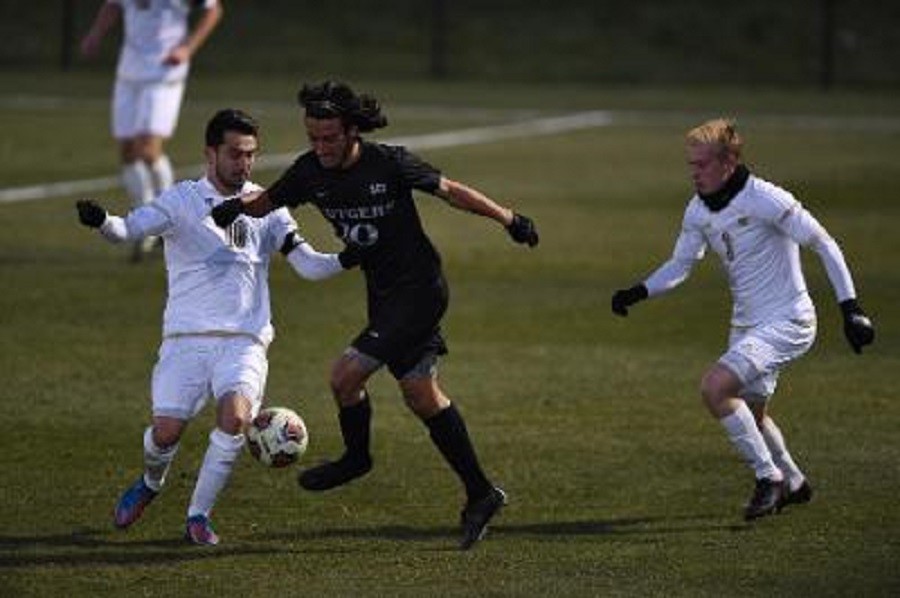 The University of Akron soccer team began their march to another possible championship by thumping the Rutgers Scarlet Knights, 6-1, in second-round action of the NCAA Tournament Sunday at FirstEnergy Stadium – Cub Cadet Field.

Richie Laryea and Stuart Holthusen each scored a pair of goals to become the first Akron players to have a multi-goal game in an NCAA Tournament game since Reinaldo Brenes netted a pair of markers in a 3-2 opening-round victory against Indiana in 2013.

Akron (16-3-2) playing an almost impeccable 14 minutes of soccer put this game away early.

Sean Sepe, who had just entered the game for an injured Sam Gainford, drew a penalty within the box the first time he touched the ball just 4:56 into the contest. Victor Souto lined up the penalty kick and buried it for his seventh goal of the year.

The Zips were just getting started. At the 12:28 mark, Sepe and Laryea both worked perfect passes and found Holthusen, who then planted the ball into the net for his sixth goal on the year.

Just 17 seconds later, Laryea dribbled into the box and blasted it past the Scarlet Knights’ (12-7-2) goalie, David Greczek, to give Akron a 3-nil lead. For Laryea it was goal number 10.

Holthusen received a pass from Adam Najem on the left side at 16:09, who found the back of the net with his seventh talley to earn a multi-goal game performance and Akron lead 4-0.

To complete the best 14 minutes of soccer that any team would love to imitate, Laryea joined the multi-goal club by notching his 11th from outside the box at the 17:39 mark.

“We wanted to come out with a fast start to try and get on top of them early,” head coach Jared Embick said. “With them playing on Thursday, it would be a lot tougher for them to come back. I don’t know if I foresaw what happened going that way.”

With the win, Akron will take on Southern Methodist University (SMU) in the third round on Sunday, Nov. 29 at 4 p.m here at FirstEnergy Stadium – Cub Cadet Field.

“Our fans bring the best out of us every game,” Sepe said after the game.

Sepe capped the scoring explosion for Akron in the in the second half at 59:50 after receiving a pass from Najem. It was the second goal of the year for Sepe.

Akron finished the affair registering a 25-10 margin in shots, including a decisive 12-3 mark in shots on goal. Zips goalie, Jake Fenlason made two saves on the day.

Fenlason was denied another shutout when the Scarlet Knights’ Sugor Al Awwad found a way to get the ball past him to provide the final score.

The win allowed Akron to improve to 14-4-7 in NCAA Tournament games since 2005. It also gave the Zips a 4-0-1 record versus the Big Ten Conference this season.

Also, the Zips are now 10-0-2 at FirstEnergy Stadium – Cub Cadet Field in NCAA Tournament contests since 2008.

Akron and SMU will meet for the fourth time in program history. The Zips own a 2-1-0 series advantage over the Mustangs, including a 3-2 NCAA Tournament second-round road triumph in 2011.