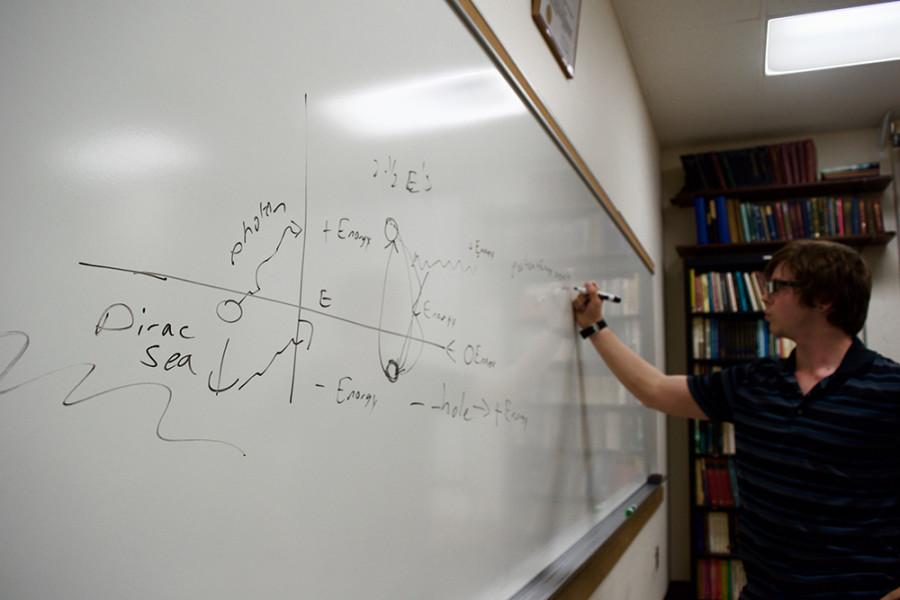 Members of the UA football team weren’t the only students congratulated on Nov. 21, as the third of eight “game-changer” awards was announced at the Zips vs. Buffalo game.

Nickolas Gantzler, the third Game-Changer Award recipient, is a fourth-year student pursuing a double major in physics and applied mathematics.

Professor of physics Jutta Luettmer-Strathmann nominated Gantzler for the award based off of his outstanding work in the physics department.

Gantzler’s passion, enthusiasm, leadership and problem-solving skills were among many reasons Luettmer-Strathmann nominated him for the award.

“Nick has shown his drive to succeed through excellent work in the classroom, for example in courses on modern physics and modeling and simulation, and through active involvement in research,” Luettmer-Strathmann said.

“When I found out I had been nominated for the award, I felt very honored,” Gantzler said. “I felt that I had earned the respect of the faculty of the physics department which means a great deal to me because I revere most of them as brilliant, extraordinary people.”

Gantzler is the co-president of UA’s Chapter of Society of Physics Students (SPS), an organization that is oriented in sparking students’ interest in physics. He noted that students do not need to be a STEM major to be a member.

Gantzler and his fellow co-president organize events for the group that is made up of approximately 50 students in order to demonstrate physical principles used in everyday life, but in an engaging and easily understandable way.

“Physics is my passion and being able to get people to see the beauty of the world through the eyes of a physicist is what drives me to do my best with these demonstrations,” Gantzler said.

Along with staying active in SPS, Gantzler is also an undergraduate researcher in professor Sasa Dordevic’s lab, where he studies high-temperature superconductivity.

Luettmer-Strathmann also added that Dordevic’s lab is “where [Gantzler] is enthusiastic and passionate about physics and loves to experiment and try new things.”

Gantzler is also a tutor for the physics department.

“[He] practices his problem-solving skills by helping students of a wide range of physics classes master the material,” Luettmer-Strathmann said. “He is resourceful in finding new ways to explain physics concepts to students who might otherwise be afraid of the topic.”

All eight “Game-Changers” will be recognized at select UA football and basketball games throughout their seasons. Recipients will receive a $1,000 prize at the basketball game versus Kent State University on March 4, 2016.