Uniting STEM and the arts 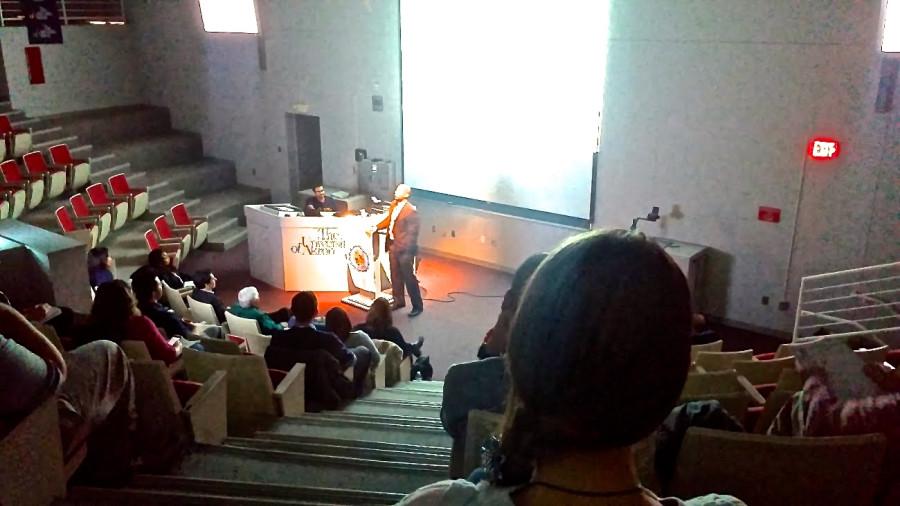 Gaining STEAM was held in the Goodyear Polymer Center Auditorium on Dec. 1.

When STEM (science, technology, engineering, math) collides with the arts, creativity flourishes. That was the idea conveyed at the “Gaining STEAM” symposium, held in the Goodyear Polymer Center Auditorium on Tuesday, Dec. 1.  This public event was conceived, planned, and realized over the past 10 weeks by the graduate students in the management of technology and innovation class of professor R. Ray Gehani.

During those 10 weeks, the students secured six speakers, obtained many financial sponsorships, and spread the news of their upcoming event. They even got some help from former Akron Mayor Jeff Fusco, who symbolically proclaimed Dec. 1, 2015, to be “Gaining STEAM: Innovating STEM with Arts Day.”

Tuesday’s symposium was an application of the content taught in Gehani’s class, but the event itself provided additional lessons.

“This event is the brainchild of our professor,” said Sandhya Bhamidimarri, one of the class’s students. “We are doing it as an innovative application of all the aspects of innovation—how innovation is driven, [and] what are the factors.”

Almost 40 audience members filed into the Polymer Center Auditorium. Gehani opened the event by discussing the definition of innovation.  He then turned his attention to the importance of combining art education with the STEM fields, emphasizing an increased need for collaboration between community, STEM professionals, and artists.  Upon finishing his introduction, Gehani turned it over to his students, who welcomed the first of the six speakers.

The speakers engaged the audience in relevant discussions, answering any audience questions at the end of their talks.

As the three-and-a-half-hour event came to a conclusion, those in attendance were thoroughly armed with the knowledge to answer Fusco’s proclaimed call: “[for] our citizens engaged in science, technology, engineering, math and management to draw inspiration and creativity from arts.”