Students jazz things up at Guzzetta 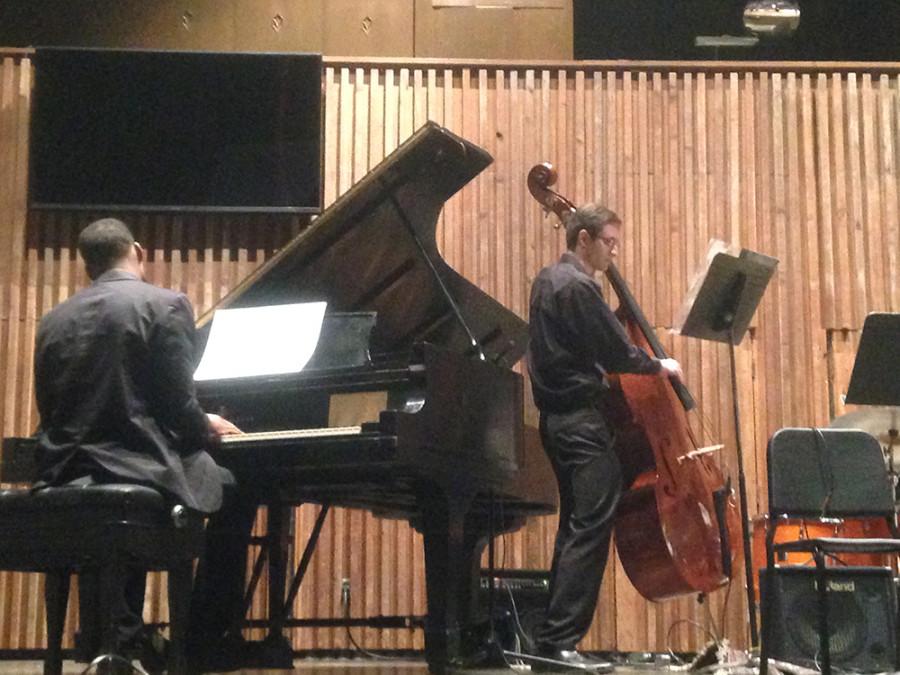 The “Large Jazz Ensembles” concert showcased the many talents of UA’s music students, and included many solo performances, allowing many of the students to have their moment in the spotlight.

UA’s School of Music presented this end-of-the-semester jazz concert on Dec. 7 in Guzzetta Hall. The concert was directed by Jack Schantz, director of jazz studies at UA.

The show featured two ensembles of jazz students: the “Jazz Lab Band”, and the “Jazz Ensemble.”

Some of the musical pieces performed had classic “big band” sounds, like Sammy Nestico’s “Smack Dab in the Middle”; others were more mellow, like Mike Barone’s “Dovie.”

Prior to playing “Dovie,” Schantz commented, “This is a very beautiful kind of dance ballad.”

The piece seemed to change the mood of the show, and demonstrated the musical versatility of UA’s jazz performers.

One of the soloists was Bobby Schumacher, a current music student who impressively switched back and forth between playing saxophone and flute during one of the pieces.

Another soloist was Jazz Lab Band trumpet player Alex Allarie, who is a sophomore in the music education program. When asked what his favorite piece was in the show, Allarie replied,“‘Pink Panther’ because it’s a well-known piece. It’s a pop culture song that everyone knows and it’s fun to play.”

Henry Mancini’s “Pink Panther” piece has been featured in many cartoons, movies, and other forms of entertainment.

An interesting component of the concert was that along with being the show’s director, Schantz was also playing trumpet alongside his students for many of the pieces.

“I just learned about a half an hour ago that our lead trumpet player is ill, so I was pressed into service,” Schantz said.

By substituting for the lead trumpet player, Schantz showing the audience not only his dedication to his students, but also his versatile music abilities. The show went on, and audience members erupted into applause in the middle of several pieces.

UA’s School of Music presents many concerts each semester, which are open to UA students and community members. The next free show at Guzzetta Hall is the 36th annual TubaChristmas show on Saturday, Dec. 12. Performances are at 12 p.m. and 2:30 p.m. For more information on UA’s School of Music events, visit uakron.edu/music