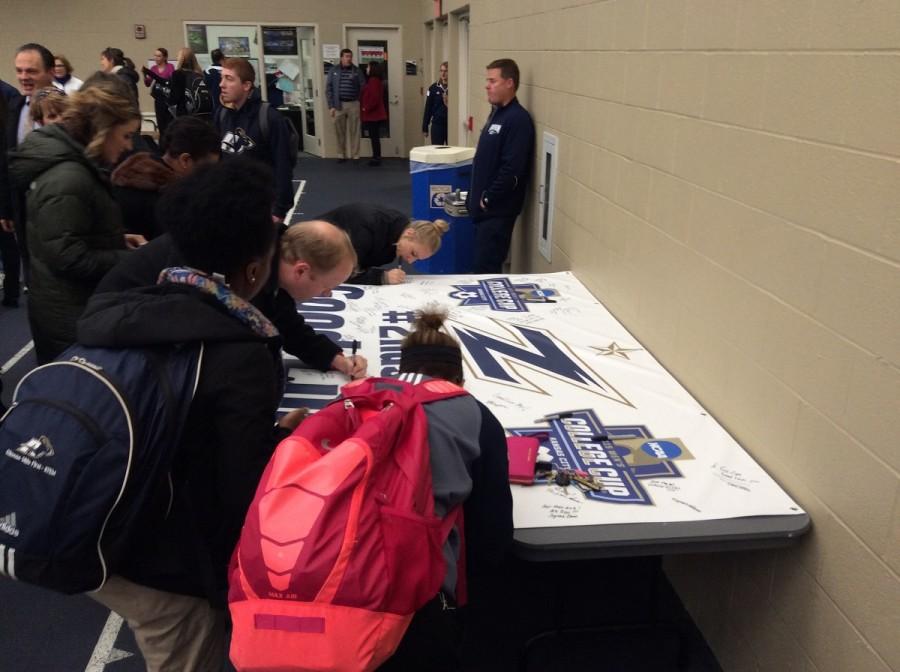 For the first time since they won the NCAA Soccer Championship in 2010, the University of Akron men’s soccer team will return to the College Cup this weekend at Sporting Park in Kansas City, Kansas.

The Zips (18-3-2) take the pitch on Friday against the eighth-seeded Stanford Cardinal at 8:30 p.m. In the other semi-final game the sixth-seeded Syracuse Orange meet the second-seeded Clemson Tigers at 6 p.m. The two winners will meet in the championship at 2 p.m. on Sunday.

Let’s take a look at the teams that will be competing this weekend; first let’s look at the Zips’ next opponent, the Stanford Cardinal.

Stanford (17-2-2) comes off an upset of the top-seed Wake Forest, 2-1, in overtime last Saturday. That victory comes on the heels of a pair of 3-1 games with Ohio State and Santa Clara in the first two rounds of the tournament.

Epstein has started all 21 games this year for Stanford and owns a 0.69 goals against average per game.

Akron and Stanford had played twice before with Akron the victor each time, but the two have not met since 1994.

The same four players are at the top of the leaderboard in assists, starting with Najem (11), Gainford (7), Laryea (7), and Holthusen (6).

Jake Fenlason was in goal for all 23 games for the Zips. He has a 1.22 goals against average and eight shutouts on the year.

In the other semi-final game, the Clemson Tigers (17-2-3) take on the Syracuse Orange (16-5-3). This will be the third meeting of the year for these two Atlantic Coast Conference (ACC) teams. Clemson took the regular season match up at Syracuse, 1-0, but the Orangemen came out on top, 2-0, in the semi-finals of the ACC tournament.

Casner is one of four Clemson players to land on the All-ACC first team. Joining him were defender Kyle Fisher (also named ACC Defensive Player of the Year), midfielder Paul Clowes (named ACC Midfielder of the Year), and goalkeeper Andrew Tarbell, Jr.

Tarbell, Jr has started all 22 games for the Tigers and has a 0.79 goals against average per game so far.

Syracuse’s Ben Polk was the team leader in goals with 12, plus he added 4 assists. Julian Buescher contributed eight goals and 11 assists on the year.

Buescher was the lone member of the Orange that was honored with a first team All-ACC selection while midfielder Oyvind Alseth, Jr. was named to the third team.