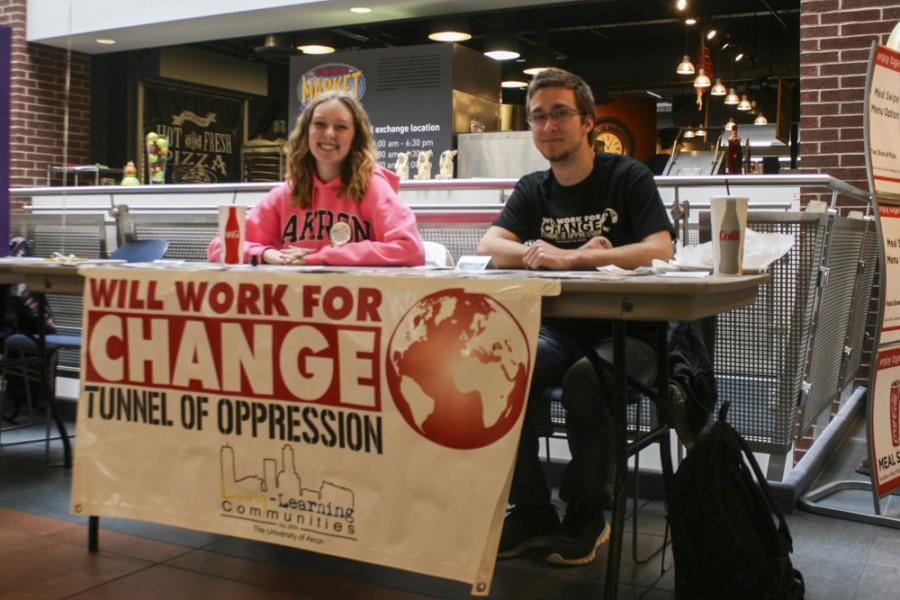 Involvement Fairs are events hosted by SOuRCe (Student Organization Resource Center) that offer students “the opportunity to see what kind of unique groups and projects our student organizations are participating in,” according to Megan Vermillion, a graduate assistant at SOuRCE.

Eighteen student organizations participated in the event on Monday. Among them were the Tabletop gaming club, Newman Catholic Campus Ministry, and Pi Sigma Epsilon.

According to assessments filled out by the organizations, over 220 students visited the fair between 11 a.m. – 1 p.m.

Behind their table, freshman Jacob Heiss and sophomore Alex Mann corralled passing students over to a table piled with board games. Heiss, the founder of the Tabletop Gaming Club, explained that the organization meets on Mondays at 7 p.m on the third floor of the Student Union. Their club currently has between 10-15 students involved.

At another table, sophomores Paul Lewandowski and Jessie Repko, promoted an event called “Tunnel of Oppression.”  Scheduled for Feb. 8, 9, and 10, the program will run from 3 p.m. until 10 p.m.

Repko said that the goal is to raise awareness for the different kinds of oppression, including homophobia, bullying, sizeism, and bodyism.

“[It’s] an event that affects every human across the world,” Lewandowski said.

More information on these two organizations and over 300 more can be found on orgsync.