The year of the monkey 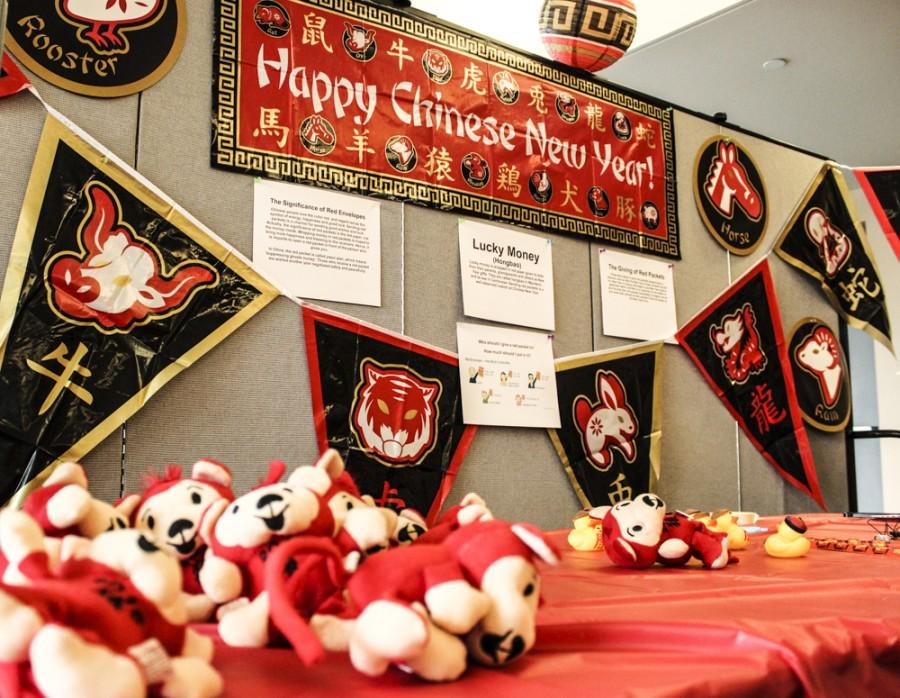 The Chinese New Year event featured holiday decorations and explanations of many of the related traditions.

2016 is considered to be the year of the monkey? The monkey is ninth of the 12 animals in the recurring 12-year Chinese zodiac cycle.

Zips Programming Network and The Confucius institute held an event in the Student Union to educate UA students more about the Chinese New Year.

The event held in the piano lounge focused on the meaning of the New Year and the traditions associated with it.

According to the Diversity Chair of ZPN Kristina Aiad-Toss, the purpose of the event was to “teach students about the significance of Chinese New Year by exposing them to traditions and important aspects about the holiday.”

Students had the opportunity to win prizes including stuffed monkeys, festive necklaces, chopsticks, and gift cards for Amazon, Visa, and Target.

According to Aiad-Toss, the prizes “relate to the tradition, because families often use these envelopes with different numbers inside, kind of the way we do gift exchanges for Christmas.”

Having events where students are able to learn about diversity and have a fun time is important to ZPN.

“Learning about diversity has the power to make students consider other possibilities, change their preconceptions, and even look at the world in a new way,” Aiad-Toss said.

Additionally, The Confucius Institute held a Chinese Language and Culture Outreach Program on the third floor of the Student Union.

Students who attended this event were separated into sections and partook in different Chinese- cultured related activities.