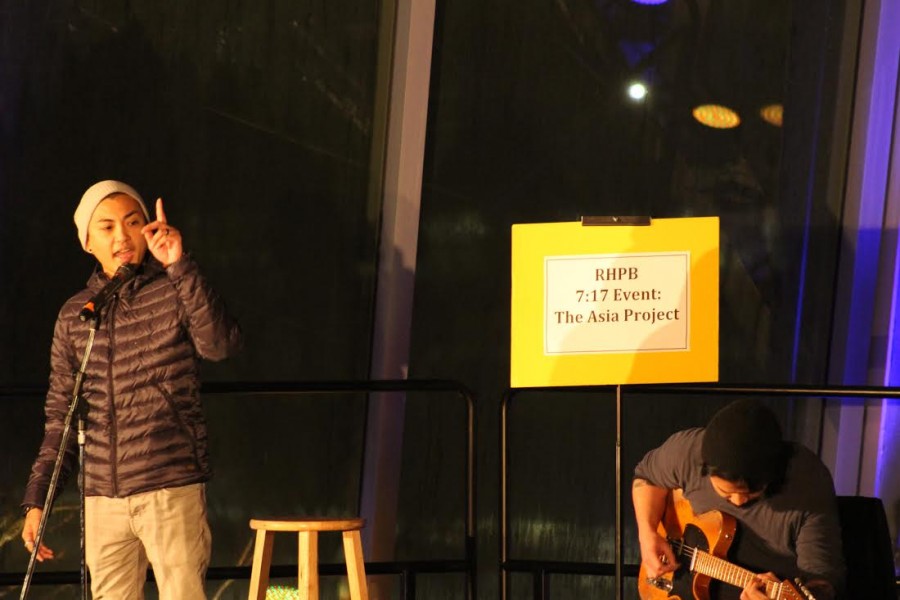 “I’ll be by your side, scribbling love with a pink crayon all over their picket signs,” were the final words of Asia Samon’s heartfelt tribute poem to his sister, Carla Cassandra Samson, entitled “Pink Crayons.”
​On Feb. 15, poets Asia Samson and Jollan Aurelio performed at The University of Akron’s Student Union Starbucks Lounge. Samson and his half-brother Aurelio form a duo called “The Asia Project.” Their goal is to blend music and poetry into motivation and inspiration.
​In 2006, Samson was diagnosed with testicular cancer and made a vow to himself that if he managed to survive the cancer, he would make something of his life. After recuperating from this struggle, Samson, along with his brother-in-law, put himself out into the world of poetry and found a new home.

This week signifies Samson’s 10th year as a cancer survivor.
Samson and Aurelio started off the night with their poem “90’s Love.” Samson said he will be retiring this piece because his audience will soon be unable to relate to the old content.

Samson then presented a poem that he has only performed a handful of times entitled “Pink Crayons,” a tribute to his transgender brother. Although he says this poem was controversial and difficult for him to write, he believes it was needed.​

​Gathering the audience’s attention and leaving them speechless seemed to be The Asia Project’s specialty. With the memorial poem “Awakening,” the crowd fell silent. Although this poem honored his late sister who died of a brain hemorrhage, the true meaning behind it was about living to one’s true potential and appreciating life for what it is.

​“I lost a loved one to cancer in the recent years,” said UA freshman Jordan Timura. “Asia’s poem ‘Awakening’ left me breathless and with a sense of feeling small.”
Samson took a moment at the end to give the audience a back-story of his life. After fighting his battle with cancer, the doctors said he would not be able to father a child. In December 2013, Samson’s wife gave birth to a son named Aris.

Samson finished off the night with a poem that intertwined his sister’s death and his son’s birth. The message is to be present.

“You are alive,” Samson said. “It will get better if you just see it through.”

​The event was part of UA’s Rethinking Race series. More of such events can be found here: bit.ly/1WsiEvH.