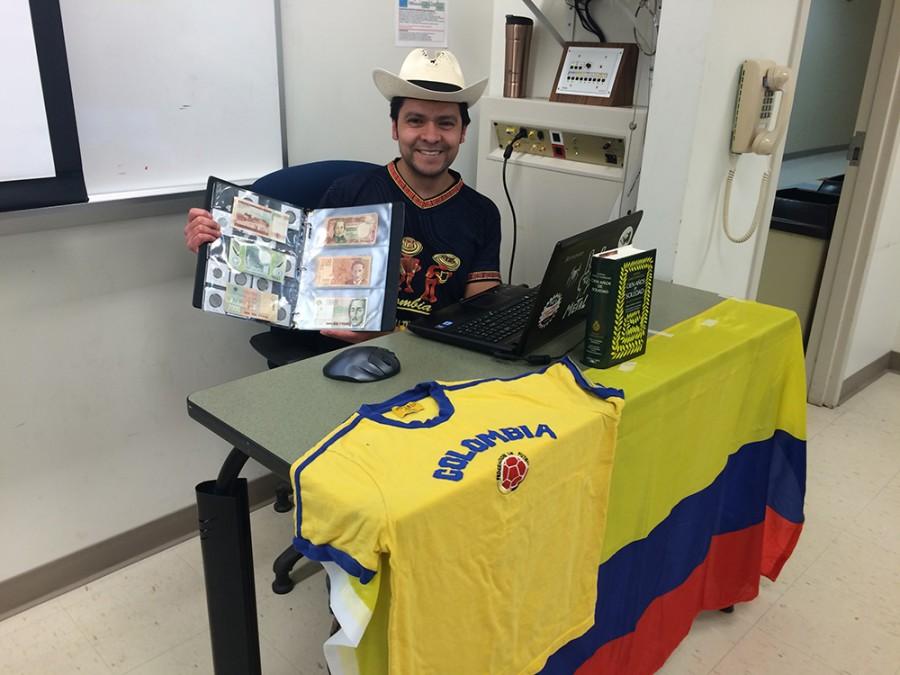 “Why do we still get it wrong?” asked UA student Alvaro Rodriguez, referring to the misspelling of his homeland country, Colombia. He said people commonly misspell it as “Columbia,” like the university, clothing brand, or the movie production company.

“The most interesting topic was the comparison between Colombia and the U.S,” sophomore Nancy Cabrera said about last Thursday’s event.

Colombia was the first country to be presented in this series. Rodriguez spoke about the cultural differences between Colombia and the United States. He started off his presentation by quizzing the audience on their knowledge of Colombia and its culture. Few in the crowd were able to answer the questions correctly, so Rodriguez shared some quick facts:

“I enjoyed learning about all of the history and cultural aspects — especially the food,” said freshman Kayla Pretzer.

American food and eating habits are different in many ways from Colombia’s.

According to Rodriguez, in a traditional Colombian breakfast they eat “Tamal,” which is a cornbread filled with meat, vegetables, cheese, and bread. Another popular breakfast dish is “Calentado,” which is reheated leftovers mixed with rice, beans and eggs.

“Lunch is the most substantial meal in Colombia and often consists of three courses: soup, a main dish of meat and rice, and fresh fruit juice with a small dessert,” Rodriguez said, adding that one of the things he misses most is the Colombian tradition of drinking fruit juice each day.

Unlike the US, a cold lunch is not something usually seen as acceptable in Colombia. They also normally eat a very light dinner.

Americans are accustomed to eating fried foods for breakfast, lunch, or dinner; however, Colombians consider that to be strictly junk food. They call it “Colombian Picada.”

Rodriguez hopes the students and faculty that attended his presentation learned something new about Colombia.

“I wanted to include cultural differences in my presentation because it’s one thing how we are perceived in the media, and other things are what we really are,” he said.

UA Latinos plans to have more presentations for the remainder of the semester to continue the Latino American Speaker Series.  Join UA Latinos on Orgsync to receive information about the upcoming events.