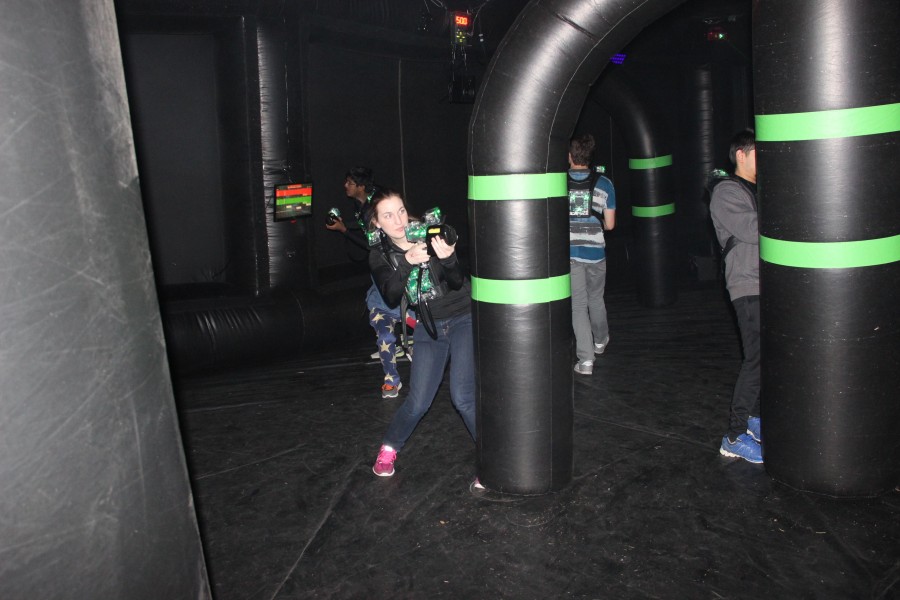 Hosted by the Zips Programming Network, a 50 foot by 70 foot inflatable laser tag arena was set up and provided by TjohnE Productions.

According to its website, the TRONsystem CUBE XL – which was used for this event – is one of the most sophisticated 12-person computerized laser game productions anywhere in the U.S. It also only uses professional grade “Lasertron” equipment out of Buffalo, New York.

Two teams of six competed at a time, playing for bragging rights and the night’s high score. While waiting to dismantle their opponents, teams could enjoy food and board games.

“I can’t wait for them to bring this event back,” said Victoria Plotner, a senior psychology major and self-proclaimed champion of laser tag. “I have never played in such a high-tech laser tag arena,” she said.

ZPN had to start turning people away from laser tag a few hours into the event as they had reached capacity; however, pizza and games were still available to everyone. After such a successful night, students might be able to look forward to a similar event in the future.