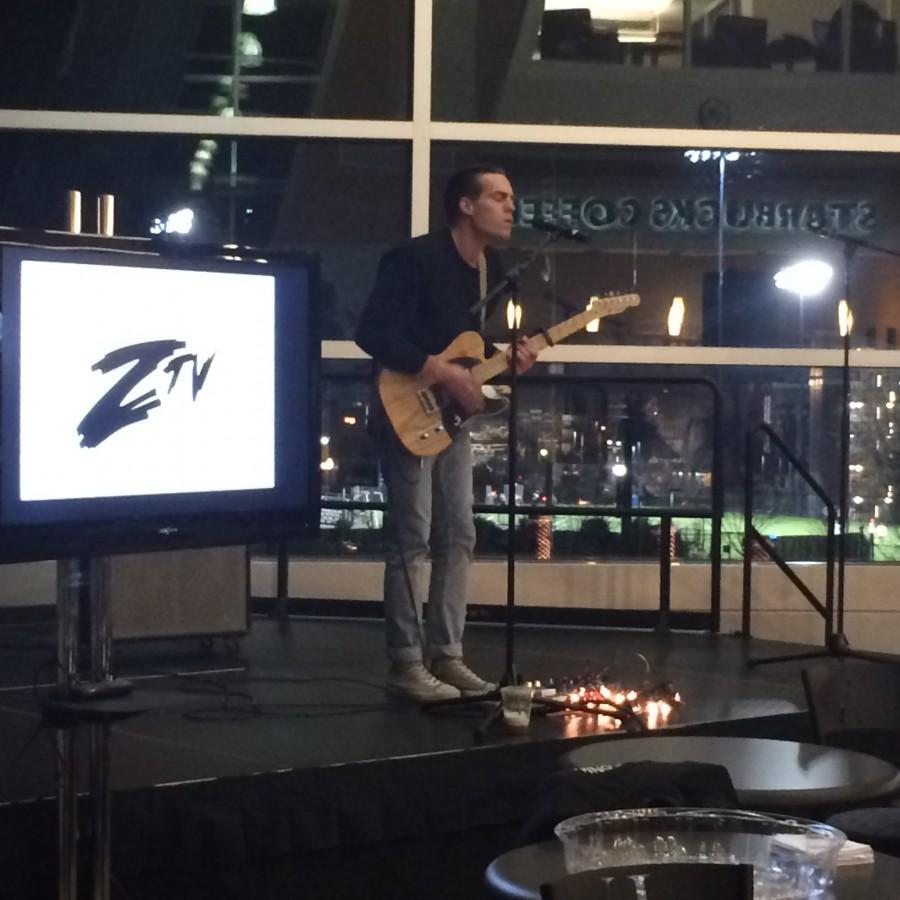 This event was hosted by Z-TV, a multiple Emmy Award winning producer of broadcast television programming at UA.

This is the first time that Z-TV has hosted an Open Mic Night. Z-TV Promotions Director Casey Hodgkiss was responsible for organizing this event.

“I know there are a lot of talented students at The University of Akron who aren’t established and deserve an audience for their talents,” Hodgkiss said.

To participate, students had to register for a time slot between 7 p.m. through 10 p.m.

“Despite this being Z-TV’s first open mic, they were well-prepared and created a fun and welcoming environment that set the stage for several entertaining performances of varying talents,” Clifford said. “I’m certainly excited for the next one.”

Hodgkiss thinks that more campus organizations should host events like the Open Mic Night to encourage students to express themselves.

“I think many students on campus are looking for themselves in the college life. I want them to be able to explore different sides and see what they are interested and/or talented in,” she said.

Due to the unexpected positive turnout, Hodgkiss said she would do this event in the future but does not know if it will happen again during this semester.

“I will most definitely have the next promotions director make an event next semester,” Hodgkiss said.