Funds promised, but not budgeted

Changing the rules for how professors get funds 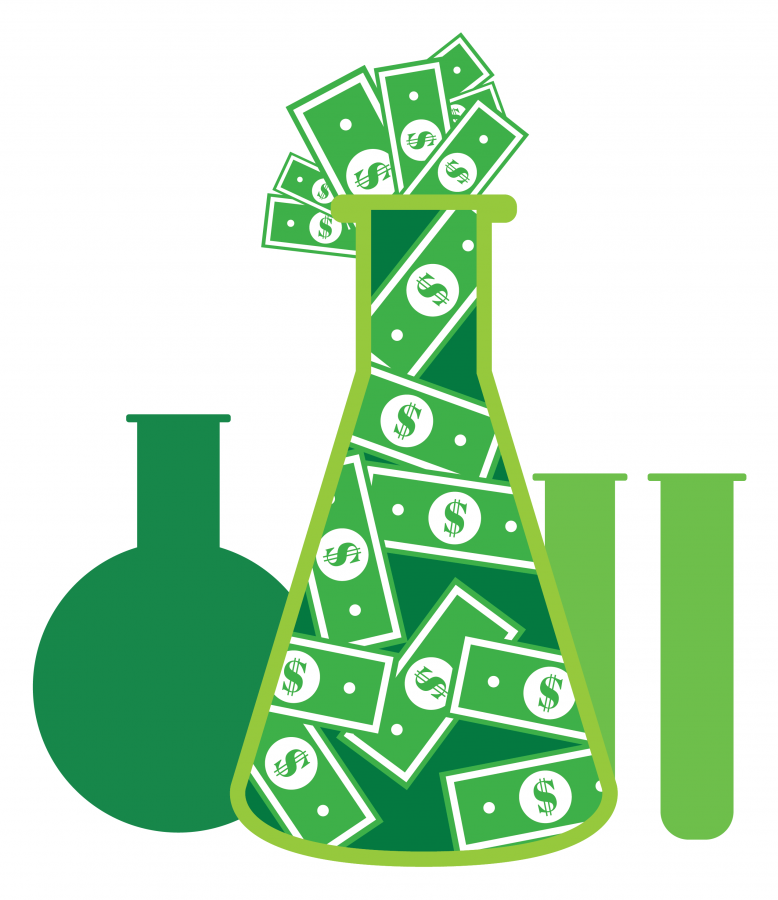 The University of Akron is making new rules for how professors can use their funding, which causes concerns for both UA’s budget, and UA’s faculty.

Two types of funding have not been accounted for in UA’s budget prior to 2016: start-up funds and indirect cost recovery (IDC) funds. This caused the money promised to faculty to exceed the amount the University could spend.

Eric Amis, dean of the College of Polymer Science and Engineering; Nathan Mortimer, chief financial officer; and Rex Ramsier, senior vice provost, are spearheading the creation of the new rules for budgeting funds. Other people within the administration and colleges will also play a role.

What is Start-Up Funding?

Start-up funds, which are internally funded by the University and predominantly used in UA’s engineering and polymer engineering colleges, help newly hired faculty start their research.

Upon being hired, faculty are sent letters promising research money from both the administration and their particular college, which include a time period for spending that money – usually three years.

In past years, the University issued more commitment letters to newly hired faculty than its budget was able to fund. Specifically, the administration promised $16 million in start-up funds, but only budgeted for $4 million, according to Mortimer.

“The processes [the administration] used to make those commitments got a little loose,” said Dean Amis. “There wasn’t a time where someone questioned if the money promised was actually in the budget.”

Over the last few years, faculty have not been spending all of their promised funding during the given time periods, which created a buildup of leftover funds.

To address this issue, the administration created a new timeline by which the buildup of leftover funds must be spent. That timeline goes from 2016 to 2018, which allows the $16 million debt to be spread out over three years – and not all spent at once, which would hurt the budget.

Start-up funds, however, cannot be transferred between years within that 2016-2018 timeline, according to Amis.

So when hiring faculty in the future, the University will account for start-up funds in the budget before they are issued, unlike the previous process.

What is IDC Funding?

When a faculty member receives a grant from an outside entity, the government gives additional money – 52 percent of the original grant – to UA to use as indirect cost funds.

These funds cover costs, like operation and management, not directly related to the project for which the grant money was given.

IDC funds go to academic units, administrative units, and the faculty member who received the original grant. They also go to UA’s general fund, which pays for administrative salaries, among other expenses.

In 2016, the administration changed the way IDC funds are distributed. More money will now be going to UA’s general fund to increase financial stability.

Like start-up funding, however, IDC funds have not been included in UA’s budget prior to 2016, according to Mortimer.

Many faculty members, departments, and colleges have accumulated IDC funds from previous research projects, but can’t spend that money until the administration adds it to UA’s budget.

The plan for how to budget that money is in its early stages. When the plan will be finished is unknown, according to Amis. Until then, the money can’t be spent – unless requested. Some requests have been denied.

Faculty responded negatively to the increased constraints placed on both start-up and IDC funds, though the IDC fund issue is more urgent, according to Amis.

“There has been a lot of concern expressed in the [UA] Faculty Senate about the new protocols and the requirements for the plan,” said William Rich, chair of the Senate.

At Feb. 4’s Faculty Senate meeting, some senators expressed concerns about funds not being distributed, or funds being eliminated if not used within a certain time period.

Faculty have also expressed frustration at not being able to access their previously earned money in IDC funds.