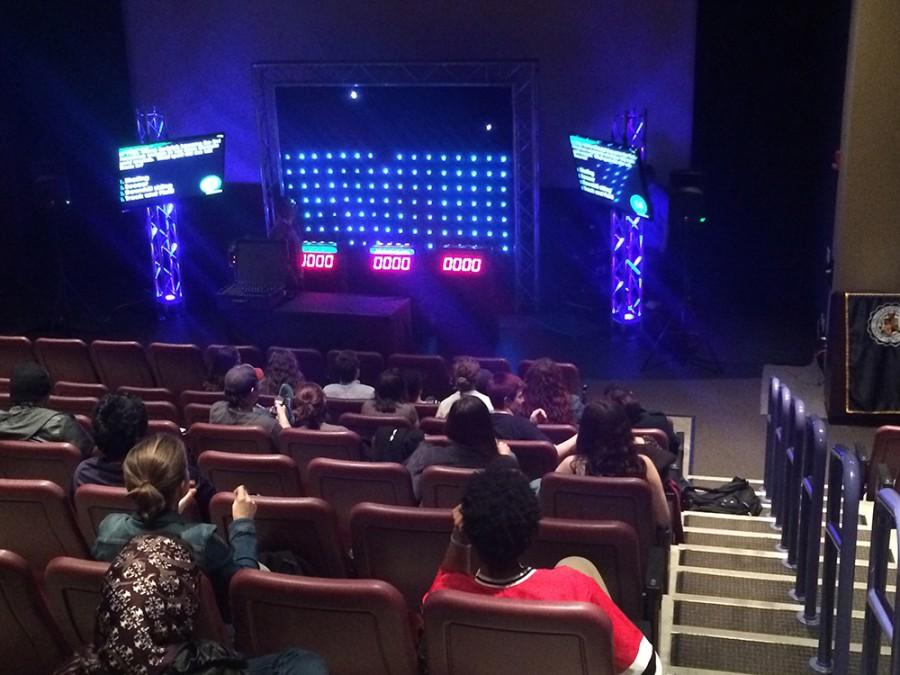 Who was the first female Speaker of the United States House of Representatives? The first woman elected to congress? Or the first woman to fly solo across the Atlantic? These are just some of questions asked during the “Reality Check Game Show, Women’s History Edition.”

The trivia show entertained students and friends at the Student Union on March 8.  Hosted by ZPN and UA LGBTU, attendees enjoyed a night of pizza, prizes, and in honor of Women’s History Month, a special women’s history edition of trivia.

Everyone who attended was able to participate, and most did. Teams of one or two competed for the chance to win their choice of gift cards ranging from $10 to $25 to Chipotle, Starbucks, Buffalo Wild Wings and more.

Freshman Jawuan Arnold won two Starbucks gift cards by completing mini-games, one of which was the game “Let’s Make a Deal,” which had him trading his shoe string for a gift card.

Arnold, who attends events regularly, thought it was great to see a woman’s history night. “For us to do an event for women’s history is great, since it is Women’s History Month, and it shows the national history of women in America and in foreign countries,” he said.

Teams answered questions to earn points. The team with the most points at the end of a round won gift cards. Tie breakers were determined by playing a head-to-head competition. A few audience members were also selected to play the “Minute to win It” mini-games. If the mini-game was completed within 60 seconds, the person would win a gift card of their choice. “Minute to Win It” games included Stack Attack, This Blows, Defying Gravity and Separation Anxiety.