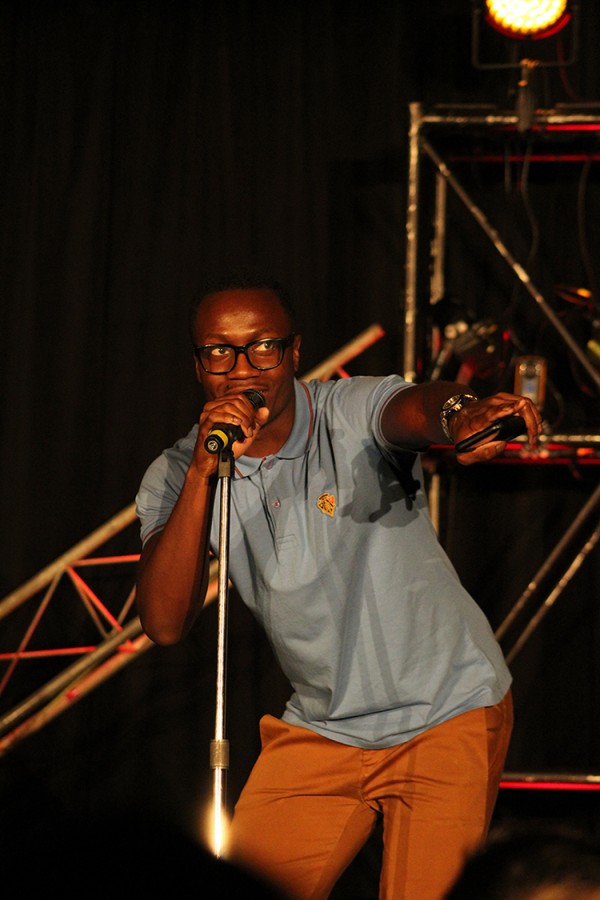 America’s Got Talent performer Kenneth “XClusive” Parya brought an exciting mix of dancing, comedy, singing, and music to The University of Akron on March 8.

Featured on Season 3 of America’s Got Talent, XClusive made it to Vegas with his robotic mime dancing routine. After being eliminated in the Vegas Round, he was called back as the judge’s wildcard choice. He found the end of the road in the quarterfinals, where he did not receive enough votes to make it through.

Along with his tour on America’s Got Talent, XClusive performed on the Season 9 finale of “So You Think You Can Dance” with his crew Dragonhouse.

In addition to these appearances, XClusive has also opened for Trey Songz, Kenan Thompson, and Childish Gambino. He has recently appeared at different colleges, and basketball and baseball games.

During his UA show, performed in front of over 200 in the Student Union Ballroom, XClusive included different skits. Audience members participated in one of his final acts: a dance competition.

XClusive has been around music ever since he was a child. His parents were songwriters and musicians, which led to his interest in the musical arts. He has been a pianist for about 19 years, starting off with classical music and now expanding to modern music.

Dance became a part of his life at the age of 13. He made up his own freestyle moves and began to perform for an audience to gain confidence in himself.

XClusive’s most influential confidence booster was his 2006 performance at Central Gwinnett High School talent show, where he received a first-place award for his uniqueness. The award led to follow-up performances at parties, high schools, and colleges.

“I thought last night’s performance was awesome,” UA freshman Kayla Pickens said. “His combination of music, dancing, and comedy was really great to watch. Overall, it was a great show and I would recommend others to watch his performances live or on social media.”