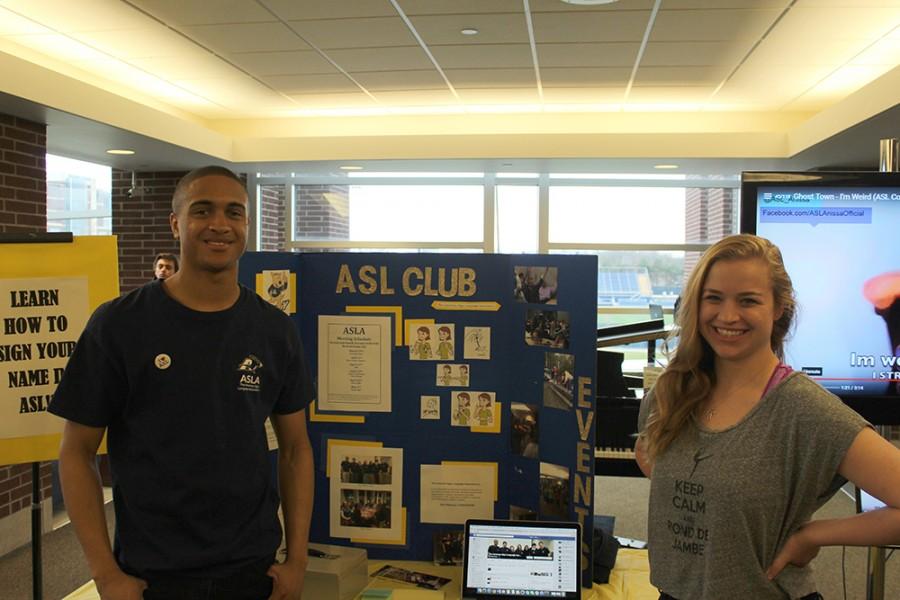 The Zips Programming Network (ZPN) collaborated with the American Sign Language Association and Office of Accessibility at The University of Akron to host an event honoring Deaf History Month on March 28.

This event, held in the Student Union Starbucks lounge, was hosted in order to raise awareness for the deaf community. These organizations offered buttons stating “I Love ASL” and snow cones to those that attended. The University’s ASL Club set up a table where students could learn how to sign their name. Another table housed the history of sign language and the do’s and don’ts of getting the attention of a deaf person.

Together they opened up the American School for the Deaf in Hartford, Connecticut, where Clerc became the first deaf teacher in America.

American Sign Language (ASL) is considered the fourth most-used language in the U.S. It combines hand signals, facial expressions, and gestures to create words and sentences. Each culture has developed its own form of sign language to be compatible with the language spoken in that country.

“I chose to host Deaf History Month because I feel like it is something that almost gets overlooked on a college campus if you do not take an ASL class,” Aiad-Toss said. “I hope that people gain a greater sense of awareness about ASL, deaf history, and the deaf community through an interactive and fun event.”

ASL is offered by The University of Akron as a language course. Look for further events hosted by ZPN such as ​Ice Cream for Gender Awareness Around the World on April 14, which is part of USG’s gender awareness week.