What you missed over spring break 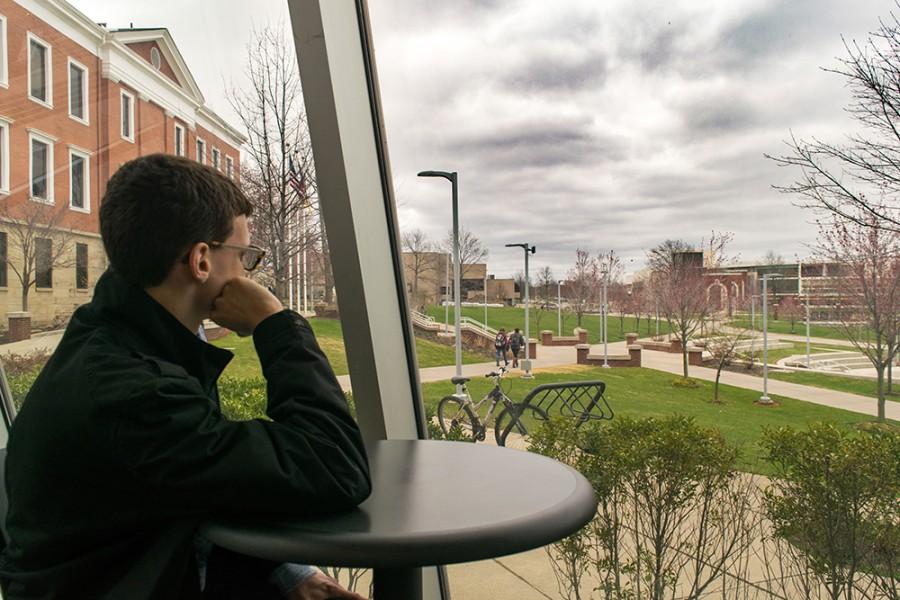 While you were away on spring break, an update came about when and how students will be getting their fee refunds, UA’s faculty union and administration resolved their disagreements over contract negotiations, and two new members were appointed to the Board of Trustees. Welcome back:

Get your money back

This week students will start getting their refunds – up to $238.80 per student – for an improperly raised facilities fee imposed by the University last fall.

“Our goal is to put every student account back into the same position as though that fee was never charged,” said Nathan Mortimer, UA’s chief financial officer.

In total, the University could be refunding up to $4.1 million; however, the amount each student is refunded will be affected by how much he or she receives in scholarships and financial aid.

Mortimer gave the example of, say, a student for whom scholarships cover the entire cost of attending UA, and how that student would not receive a refund, because he or she did not pay the increased facilities fee in the first place. A student who pays 100 percent out-of-pocket to attend UA, however, would receive the full refund.

Mortimer says nearly all students reside somewhere in the middle of those two extremes, and that most of students’ credits, overall, will be refunded. This is because in the sequence of charges on students’ accounts, the facilities fee is near the end, so scholarships and other financial aid would be spent before reaching it, and the students would then likely have paid the increased fee out-of-pocket, and thereby receive the refund.

Bobby Csaky, a freshman, said he received an email from PNC bank notifying him he would receive $238.80, a full refund.

Music education student Elora Lowe, also a freshman, said she received an email from PNC already too, which told her she’d be getting the same amount as Csaky.

The final group of refunds, according to a UA press release, will be out by the end of the semester.

Two new trustees on board (and on Board)

After a career of more than 40 years with the Goodyear Tire and Rubber Company, Gingo, a 1971 UA School of Law alum, worked as president and chief executive of A. Schulman Inc., an international plastics and resins supplier with headquarters in Fairlawn, Ohio.

A short bio, likely two years old, provided by the Governor’s Office indicated Gingo and his wife Linda have since 1999 donated more than $32,000 to the University, and that at the time he was considering a $100,000 commitment to the UA School of Law building renovations. Meanwhile, Gingo’s company, A. Schulman, has given more than $1.6 million to the University in gifts and gifts-in-kind.

Along with serving on numerous other boards of trustees in the area, Gingo has been the director of The University of Akron Foundation Board and has had much involvement with UA’s College of Business Administration, College of Engineering, and School of Law.

Scala, who graduated with a degree from UA in accounting in 1975 and attended UA’s School of Law from 1976 to 1980, is the president and chairman of Kenmore Construction Co. Inc. out of Fairlawn, Ohio. He has been chairman of the board at Archbishop Hoban High School and a member of Interval Brotherhood Home’s foundation committee, an alcohol and drug rehabilitation clinic.

UA’s Board of Trustees has 11 members – nine voting and two non-voting student members. Of the two vacancies now being filled by Gingo and Scala, one has been open for a year and nine months; the other, nine months. The two new trustees will start immediately.

“I don’t want to strike, but I will” buttons unpinned

Last Thursday, March 24, UA’s faculty union and administration finalized their agreement on a labor contract, a process which has lasted more than a year and most recently raised concerns of a faculty strike.

According to a University press release, the new contract gives faculty raises averaging 2.4 percent a year, along with “modest increases in employee obligations regarding health coverage.” Those were the two main issues about which both negotiating parties disagreed, according to previous statements from union members.

The faculty union (the Akron chapter of the Association of American University Professors, or Akron-AAUP) ratified the agreement by electronic vote last Wednesday, as the UA Board of Trustees ratified it at a special meeting the following day.

“Having a contract that takes us through 2020 is an important step forward and it should lend a great deal of much needed stability to faculty-administration relations,” said Akron-AAUP President John Zipp in the release.

Chairman of the Board Jonathan Pavloff expressed similar gratification, adding that he appreciates the communal efforts of both negotiating parties.