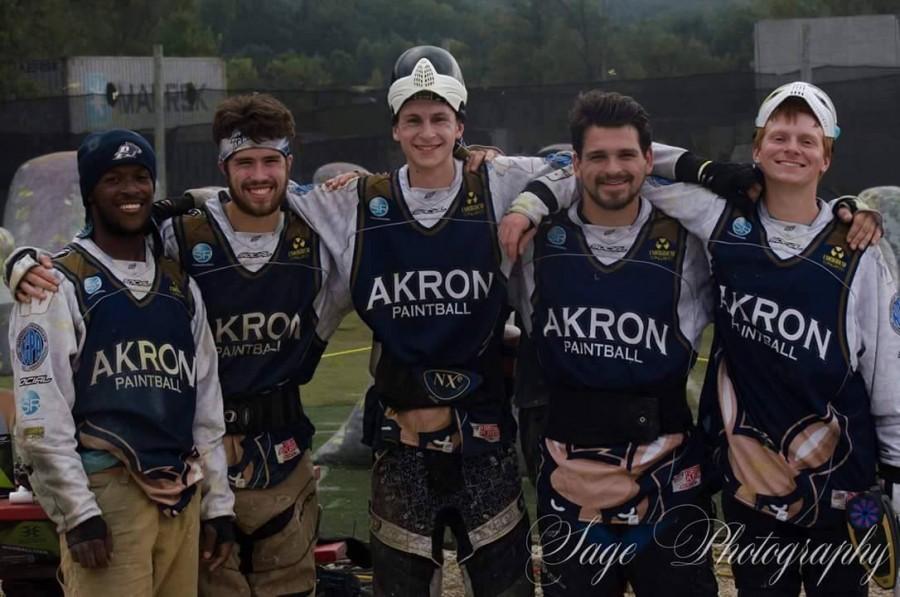 You might not have heard that The University of Akron’s paintball team is headed to the national championships this April.

The team, which was founded in February of 2011 and now has 15 members, is ranked 15th out 46 teams nationally in the AA class.

“I really think we’re going to do good down there,” team vice president Matthew Berger said. “We’ve done our tournaments and we’ve placed well in those tournaments, and I think we’re a good group of guys who play well together.”

Like most of the other 14 players on the team, Berger is an engineering student. Though a freshman, he has taken post-secondary classes at UA for the past two years.

One day when he was at a local paintball site, he says, a conversation between him and another player turned to Akron. The other player suggested getting a hold of someone on the University’s club team, which is how Berger, who has been playing paintball since a child, got involved.

Official paintball has positions also. Berger’s is called “front dorito,” because he usually plays behind the course’s big triangular-shaped bunker.

The team is sending 11 people to Florida for nationals, only seven of which, including Berger, will compete.

Preliminary rounds will be played on Saturday, with the semi- and quarter-finals – and, UA’s team hopes, finals – on Sunday.

UA’s paintball team practices twice every week, once on Tuesday in the athletic field house and once on Sunday. The players use “re-balls,” which stand for reusable paintballs.

But not so at nationals, where Berger says the team is “really hoping to bring home a championship.”

The team’s captain is Thomas Hoster; its Facebook page can be viewed by following this link, goo.gl/8naH0k.