Be the next Zippy: tryouts Wednesday 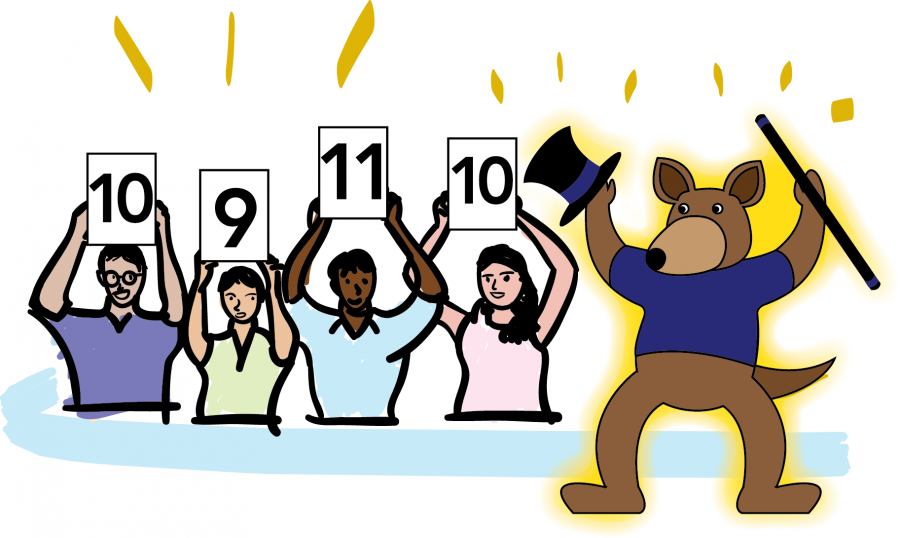 On Wednesday, April 6, The University of Akron is hosting Zippy tryouts at 2 p.m. in the James A. Rhodes Arena (Lab 4). To qualify for the position, one must be a full-time UA student and have registered before the actual try-out date.

According to Olivia Hartjen, a UA student in charge of the registration for Zippy tryouts, potential Zippys must attend every home football game (six in total). He or she will pick which soccer and basketball games to attend, but must work a minimum requirement of games based on the total played that season.

Tumbling is not one of the requirements to be Zippy; however, spirited and enthusiastic individuals are highly recommended.

Hartjen said the amount of athletic and non-athletic events required will depend on the total amount of Zippys the Department of Athletics hires.

Zippy, despite the popular notion, is actually a female mascot. UA, a school that prides itself with being diverse and acceptant of all students, does not discriminate when it comes to representing Akron; however, despite the gender of the mascot, both female and male students can apply for the position.

The nickname for UA’s sports teams was originally the “Zippers,” a reference to a pair of shoes made by Akron’s B.F. Goodrich Co. However, it was changed to “Zips” by former Athletic Director Kenneth Red Cochrane in 1950. Akron is coined as the “Rubber City” because of the rubber factories that reside in the city.

The actual mascot “Zippy” was not established until 1953. The kangaroo was recommended by Dick Hansford, a student council advisor, and later approved by the council, making it the official mascot of UA.

Over the years, Zippy has received several national accolades. In 2007, Zippy was crowned the Capital One Mascot of the Year, receiving more than 40,000 online votes from fans. As a result, UA was awarded a $10,000 scholarship from Capital One and the satisfaction of a national title.