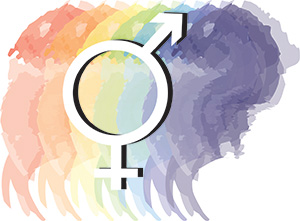 There can be misconceptions associated with gender and how one identifies themselves. To educate students, The University of Akron is holding a Gender Diversity Week from April 11 through April 16.

Sponsored by the Undergraduate Student Government, ZPN and LGBTUA, this week will increase awareness and better understanding of gender expressions in today’s society.

On Monday, April 11, there will be a showing of the Amazon original series show “Transparent” in the Student Union Theatre at 7 p.m. This Emmy award winning show revolves around a family who lives in Los Angeles and discovers their father is transgender.

On Tuesday, April 12, there will be an LGBT meeting about non binary gender in the SU Theatre at 7 p.m.

“I feel that one of the major misconceptions about gender is binary concept; people are either male or female. Gender can be more accurately described as a spectrum in which people can identify as either male, female, both (gender fluid) or neither (agender),” Unger said.

A Drag Queen Pageant will be held on Wednesday, April 13 at 7 p.m. in the Starbucks Lounge.

On Thursday, April 14, ZPN is hosting an Around the World event at 12 p.m. in the Starbucks Lounge. The event will showcase different countries and how they perceive gender. Attendees can also win prizes, enjoy a free ice cream bar, and sign a pledge to not discriminate against gender.  Additionally, there will be a LGBT Ally Training seminar at 8 p.m. in the SU room 312.

LGBTUA is participating in the Day of Silence on Friday, April 15. This action is to spread awareness about the effects of bullying and harassing anyone who identifies as a lesbian, gay, bisexual, or transgender individual.

A Gay Prom will be held on Saturday, April 16 in Simmons Hall main lobby at 8 p.m. This event is free but $5 donations are welcomed at the door.

This week of events aim to open minds of students.

“We wanted to plan events that were both entertaining and informative to ensure that students and faculty have a great time while also opening a door to discussion,” Unger said. “We also have phenomenal advisers who looked over these events and were able to give advice so that we convey our message as effectively as possible.”

A concern that the LGBTUA president Julie Boylen has is the need for transgendered labeled bathrooms at UA. “One of the reasons for the week is to bring awareness to the need for gender inclusive bathrooms across campus. Out of 82 buildings we have only two locations that are for a transgender of a non-binary person to use,” she said.

During the week, LGBTU will be passing out a petition to gain more support about their bathroom issue.