Songfest raises $6,845 for kids with cancer 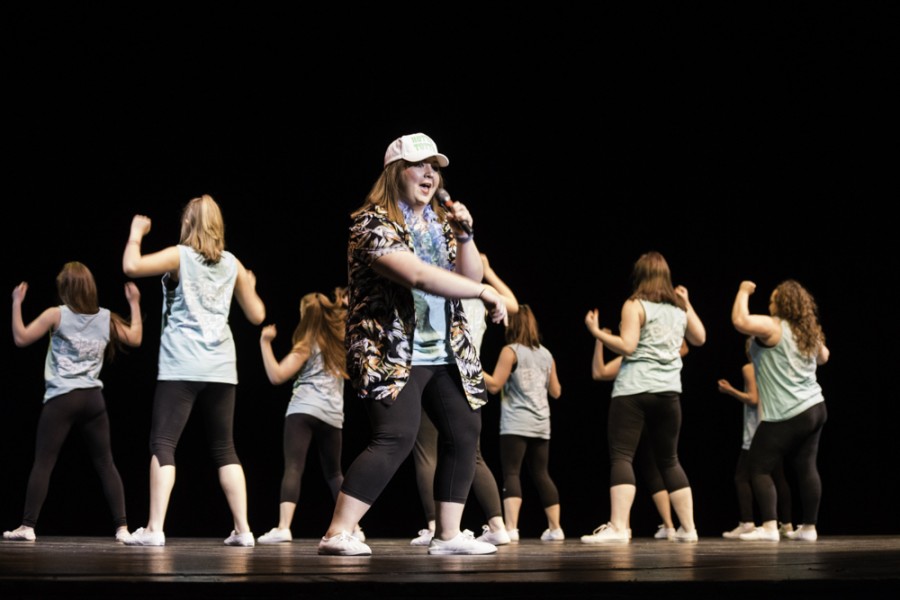 Twelve University of Akron sororities and fraternities sang and danced to raise money for children with cancer by competing at the 83rd annual Songfest competition last Sunday at E.J. Thomas Hall.

Hosted by the Office of Fraternity and Sorority Life (FSL) and a committee of chapter representatives, Songfest is a song and dance competition where the Greek community creates a routine and competes against one another for various categories to raise money for Camp Quality Ohio in Akron.

This year’s theme was “FSL Road Trip.” Each group selected a state and chose related songs in their routine as a “pit stop” on the journey. From FIJI’s tribute to Ohio to Alpha Phi’s depiction of Florida, the crowd of over 200 attendees witnessed routines inspired by states across America.

The event raised $6,845, which will go directly to Camp Quality Ohio.

In addition to the musical competition, the planning committee also organized other service events, including a kickball tournament, collaborations with local restaurants, and awareness ribbon sales.

“At the end of the day, all of the practices and fundraisers mean one more child with cancer gets to go to camp, leaving behind their diagnosis, and that is why this event is meaningful and so important,” said Allie Ash, stage manager and member of the Kappa Kappa Gamma sorority. “We get a chance to make a difference.”

Students interested in volunteering at Camp Quality this summer should visit http://bit.ly/1Q6VgyR.