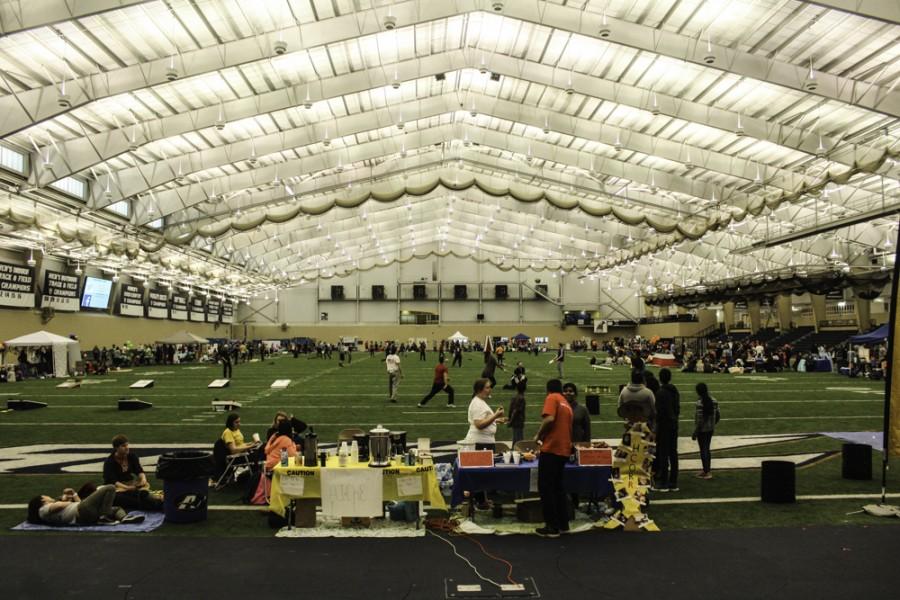 This past weekend, The University of Akron held its annual Relay for Life event in The Louis and Freda Stile Athletics Field House. This event is held to celebrate cancer survivors and remember those who have passed. It also provides a support system for those who are currently battling cancer.

The event is put on each year by the campus organization Akron Against Cancer in correspondence with the American Cancer Society. Nearly 1,000 participants this year raised more than $40,000.

Multiple ceremonies, such as the Luminaria ceremony, were held to honor people who have been affected by cancer. Akron Against Cancer also hosted a survivor dinner before the event to celebrate life and endurance in the fight against cancer.

“It was exciting to see so many campus organizations supporting a great cause,” Mathis said.

This event is important for uniting students in awareness of a disease by which thousands of people are affected.

“As a survivor, I love coming and seeing the support from everyone,” shared student Cassie Milham, a junior studying child development. “It really means a lot, definitely more than I feel some may realize. Together, we’re making a difference in the fight against cancer, and that’s what matters most and [is] why I return each year. No loved one, young or old, should ever have to endure cancer.”