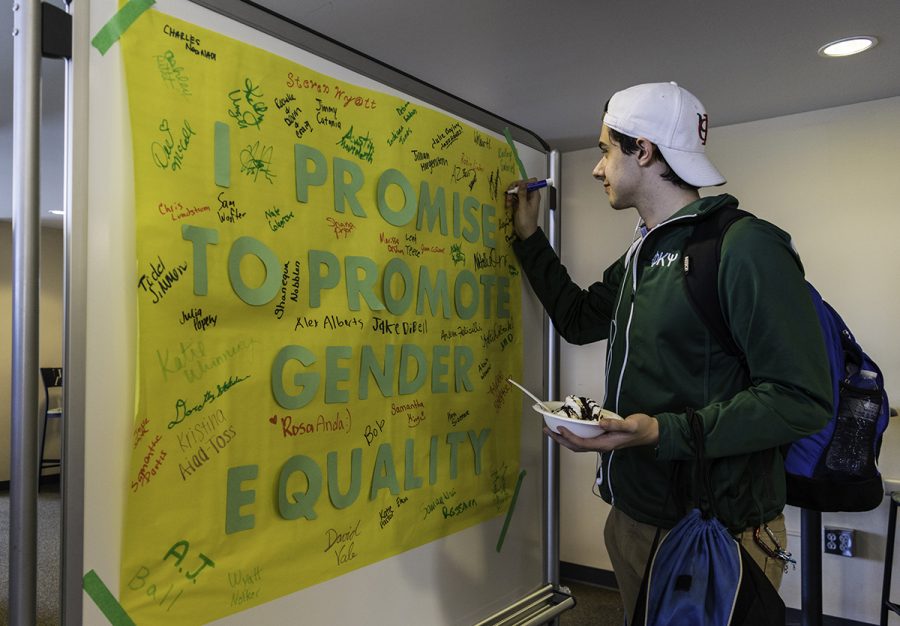 Students and faculty who walked through the Student Union on April 15 were delighted with a nice surprise: free ice cream — well, kind of.

The Zips Programming Network hosted the makeshift ice cream social to promote awareness about gender inequality and gender roles across the globe.

As a part of Gender Diversity Week, ZPN’s event Ice Cream for Gender Awareness Around the World allowed participants to enjoy free ice cream while learning about gender roles, inequality, and LGBT laws and views from around the world.

Poster boards were on display with all kinds of information from different continents, including North America, South America, Africa, and Asia.

According to one of the posters, Asian women typically earn 70 to 90 percent less than their male counterparts. In Africa, women usually live as homemakers, child-bearers, and wives. Additionally, same-sex sexual activity is outlawed in at least 20 Asian countries. This was just some of the information ZPN had displayed for the event.

Along with the posters, ZPN offered a variety of toppings for the chocolate and vanilla ice cream, including cherries, chocolate syrup, cookies, and whipped cream.

Many students who walked through the Union took the time to get some free ice cream, learn about inequalities in different countries, and sign the prominently displayed “I Promise to Promote Gender Equality” board.