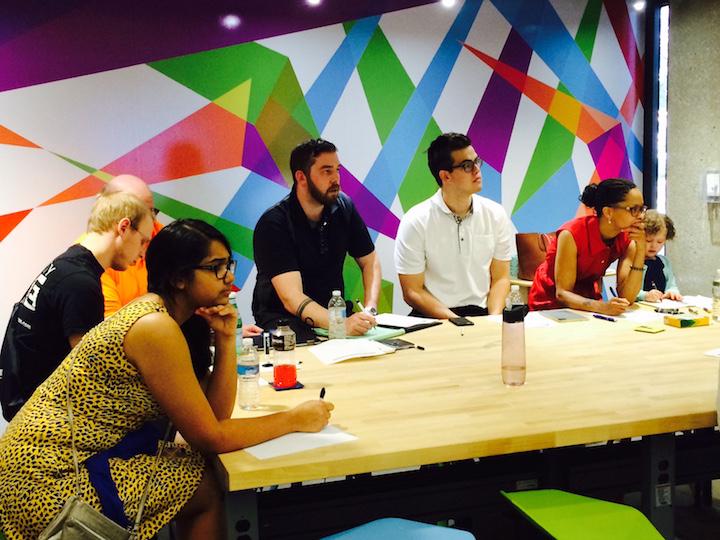 Photo courtesy of the EXL Center

While thousands of UA students went through their typical Friday evening routine last weekend, 24 were brainstorming venture projects that could positively impact the city of Akron.

These students were participating in the Failsafe 24-Hour Hackathon, which was put on by the EXL Center in Bierce Library. A first-of-its-kind event for Akron, the hackathon was sponsored by the Burton D. Morgan Foundation and the John S. And James L. Knight Foundation. The goal of the event was for innovative Northeast Ohio students to come together and create ideas for products or businesses that could be created in the Akron area.

Over the course of a long and sleepless 24 hours, participants pitched their ideas, formed teams around the best ideas, addressed the challenges with their concepts, and were advised by prominent Northeast Ohio businesspeople. All the while, they were being slowly whittled down by a panel of judges composed of University and community leaders.

At the end of the day, the winning concept was “Project Calendar,” a web-based tool that would simplify daily planning for college students. Universities would pay to have access to the tool, which would be made available to all of their students. The “Project Calendar” program would combine the data from all of the student’s pre-existing calendar programs (Microsoft Outlook, Google Calendar, etc.) and add it to the official University calendar.  This way, students would only have to look in one place to check their schedule.

The winning team took home $2,000, office space at The University of Akron Research Foundation, mentoring and partnership with the EXL Center, and a private meeting with U.S. Senator Sherrod Brown. The EXL Center hopes to effectively launch the “Project Calendar” venture within a year.

The runner-up concept was “You-AV,” a wearable drone for outdoorsmen. It was designed to give hikers and fishermen the improved ability to familiarize themselves with their surroundings. The drone would mount on the arm for convenience, and could be removed and prepped for flight at any time. Once in flight, a camera would allow the outdoorsman to observe the terrain around him. The team behind “You-AV” took home the same prize as the winners, except $1,000 less in cash.

EXL Center Resource Director Ian Schwarber said that he was pleased with the results of the hackathon. He thanked the planners of the event for their time, noting that the planning took much longer than the hackathon itself.

Additionally, Schwarber emphasized that the hackathon was just one piece of the EXL Center’s plan to positively affect the city.

“The EXL Center has been open for about six weeks and we have already done a three-day launch, an immersion week, a 24-hour Hackathon, introduced UN-Classes and a new summer program called EXL-R8 (with community partners),” Schwarber said. “We hope UA students know we are working our hearts out to set a new tone for student-faculty-community partnerships that break down walls and builds up networks that will lead to a stronger Akron.”

Students who missed out on this year’s hackathon should plan to attend one of next year’s two scheduled events, which are also being sponsored by the Burton D. Morgan Foundation and the John S. And James L. Knight Foundation.