Walk a Mile in Her Shoes 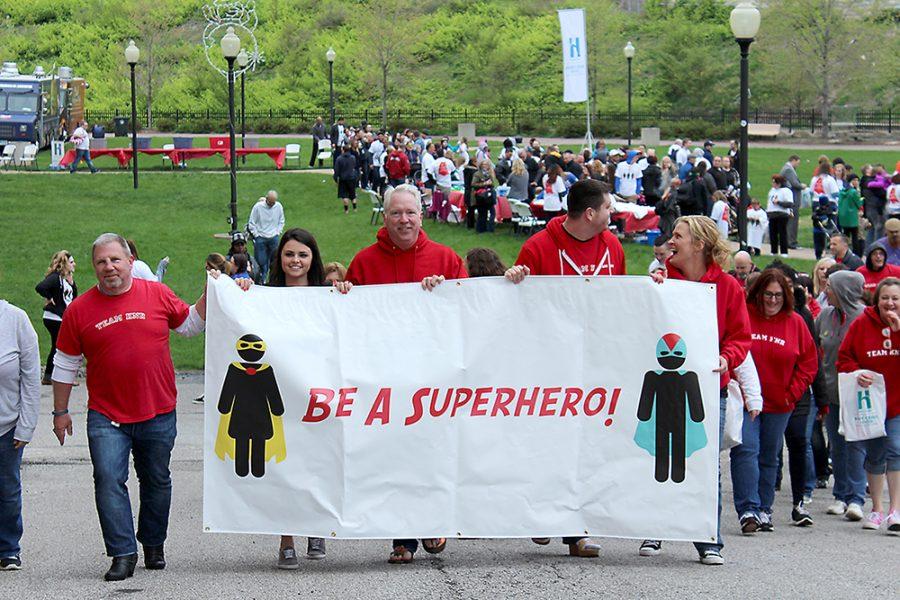 The Rape Crisis Center (RCC) capped off Sexual Assault Awareness Month with its 11th annual “Walk a Mile in Her Shoes” event on April 29 at Lock 3. Since 2005, the Medina and Summit County Rape Crisis Centers have put on this event to raise funds and bring awareness to the topic of sexual assault.

This year, 57 groups and additional walk-ons participated. The RCC handed out sunglasses, keychains, cups, and RCC superhero t-shirts. Participants were encouraged to wear the t-shirt to prove that bystanders do not have to have superpowers to help end sexual violence.

Walkers were also encouraged to wear women’s footwear, such as heels and sandals, to get a sense of literally being in a woman’s shoes.

This year, the RCC has raised more than $40,000 and received almost 900 donations. This event also attracted the attention of close to 400 support groups, with Team Oriana raising the most money for the RCC at $2,835.

“The USG has been trying to raise awareness and funds for the campus,” Unger said. “We want students to understand the free services available to them such as the Counseling and Testing Center and the Rape Crisis Center.”

“I believe there are a lot of stigmas about a woman and how she is sexually assaulted by how she was dressed,” Unger said. “For guys, this event literally, and figuratively, put them in the shoes of a woman.”

Jordan McCants of Akron also had a few words to share.

“This event means a lot to me. I have seen the impact that sexual assault has on people’s lives,” McCants said. “Maybe we can one day prevent it from ever happening again, but for now, I consider [preventing] even one case a victory.”

“I think this event was important for people to participate in,” Schuler said. “Supporting the community by attending this event and helping to spread the knowledge of ways to get help for a sexual assault victim can benefit the ways that the bystanders of the future can intervene.”

This final event of Sexual Assault Awareness Month proved to be a success. Through this event, the Rape Crisis Centers of both Medina and Summit county hope that they have educated the people of Akron. For the city of Akron, these centers hope that through healing, empowerment, and hope, they can finally put an end to sexual assault.

To donate to this cause visit goo.gl/P7fKum.