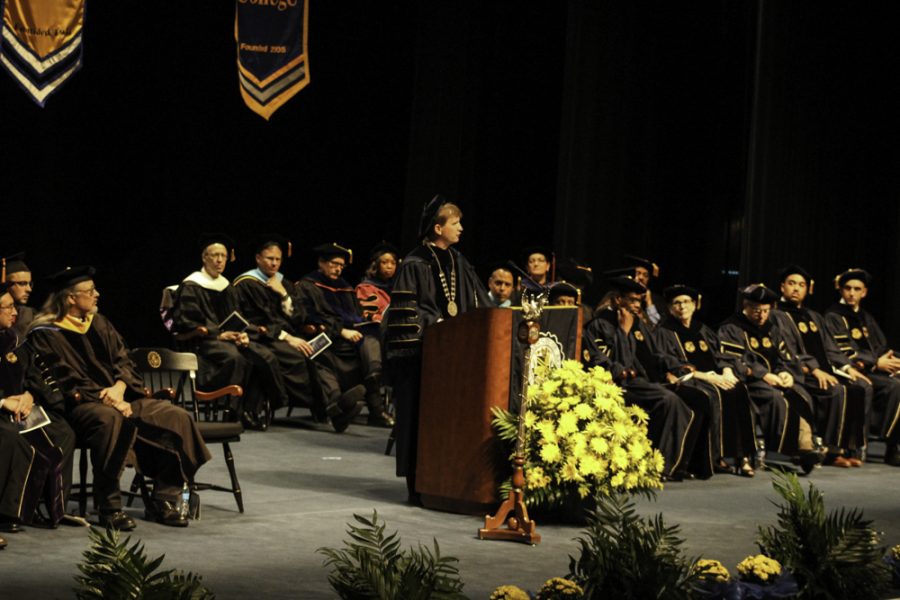 Various speakers welcomed the incoming freshman class to The University of Akron last Friday at the New Student Convocation in EJ Thomas Hall.

The annual event began with a faculty procession in traditional academic regalia, a new addition to the event from last year brought on by interim President Wilson. This year, the event was more formal than the previous one held in James A. Rhodes arena.

Over 400 students and 130 faculty members attended the ceremony.

Wilson started the evening by emphasizing the role faculty and advisors play in ensuring success in the new students’ college careers.

He encouraged students to always do their best and reminded them they are not alone because the community of Akron is behind them. Wilson compared the ups and downs of the college experience – from freshman year to graduation – to the hills and valleys of his boy scout hiking trips years ago.

Wilson also took a selfie with the audience during his speech.

A reception in the Goodrich Lobby followed and each student received a free Zippy pin.

I loved the spirit and energy and was glad that so many faculty members and students attended,” said Wilson. “It was a great start for the academic year.”