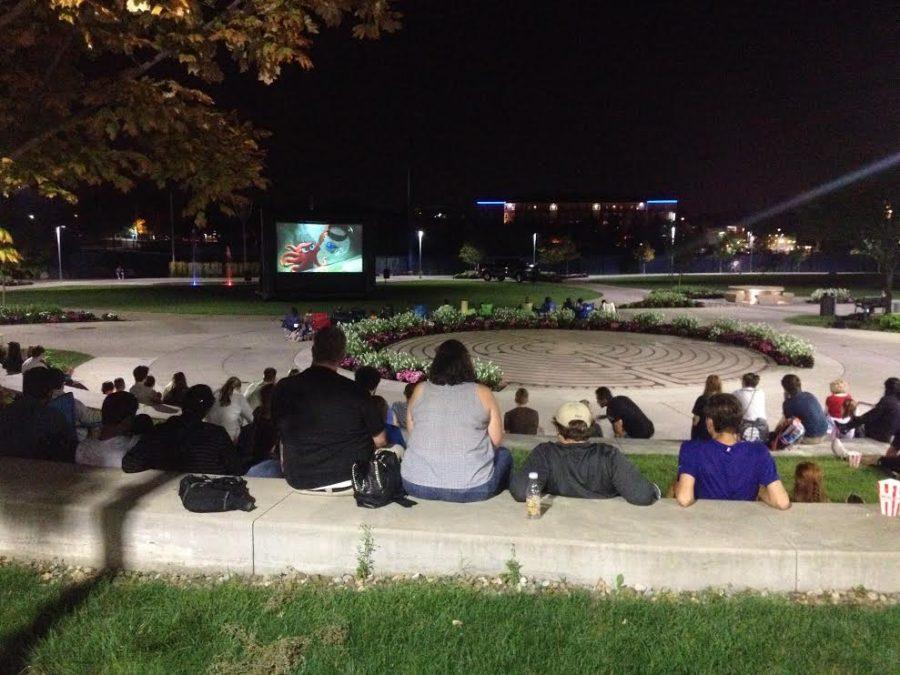 This was the first time ZPN played a movie outside.

Nearly two hundred people gathered at the Coleman Common on Friday for an outdoor movie viewing, the first event of its kind.

The Zips Programming Network (ZPN) showed “Finding Dory” — the sequel to the much-beloved “Finding Nemo” — on a giant inflatable screen and passed out popcorn. The film started at 8 p.m.

The film details anthropomorphic fish as they search for Dory’s — a blue tang fish that appears in the first film — parents. Travelling across the Pacific Ocean, the group encounters many challenges and dangerous encounters, some of which are brought on by Dory’s short-term memory loss.

In modern Disney fashion, the movie features heartfelt moments of deep personal reflection and over-the-top silly mayhem that appeals to all audience ages. The crowd of adults, students, and children fostered a unique feeling of returning to one’s own childhood as colorful fish portraying various human analogs laughed, screamed, and cried on-screen.

Families, students, and community members brought blankets and camp chairs. Some sat right on the grass and stairs of the Coleman Common to watch the movie. For most it was a light-hearted, entertaining, and zero-cost way of spending a Friday evening.

Most families said it was a refreshing way to watch a movie outdoors, and enjoyed the free admission. EbaNee Bond took time away from studying in Bierce Library to enjoy the movie.