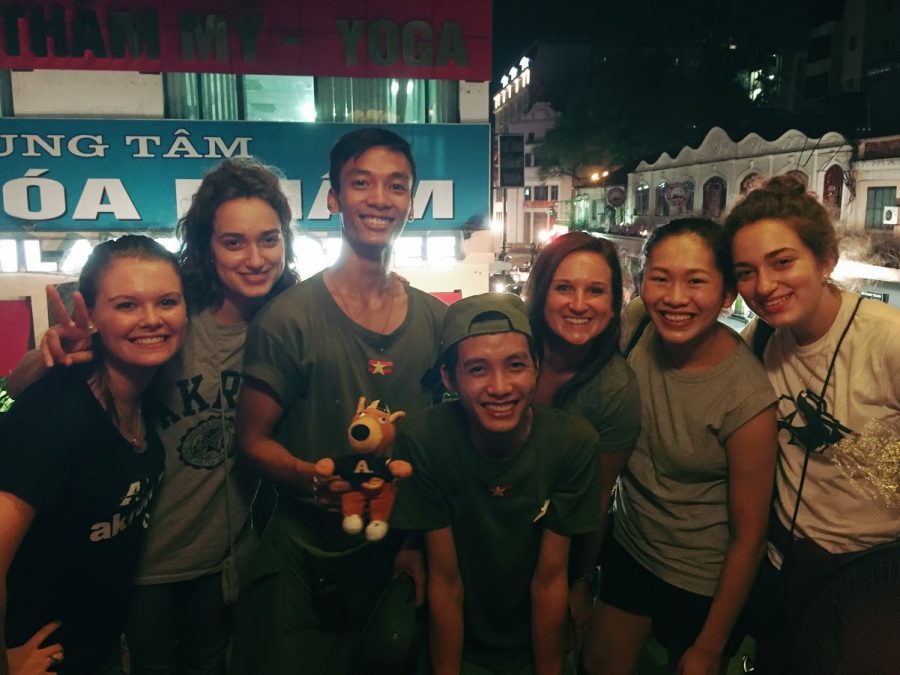 The three students — Becca Mefford and sisters Natalie and Nicole Wiswesser —  were accompanied by Cassie Verardi, a director in the Division of Student Success.

During the week-long event, they attended workshops, listened to speakers on the theme of humanitarian affairs, did leadership training and took sessions on world issues to help them become global citizens and make change in the future.

Throughout the week, representatives from non-governmental organizations (NGOs) spoke about world issues like human trafficking, hunger, poverty, refugees, war, and the environment.

Next year’s symposium will be in Beijing, China.

Humanitarian Affairs United Kingdom hosted the event and worked with universities across the world to bring delegates to the convention. This organization seeks to establish an international network of young leaders who will create social good in the future.

One day of the symposium was reserved for a “Learning Journey,” where each student ventured to a different part of Vietnam for excursions.

Verardi went to the Hoa Binh Province, where she volunteered to plant trees, repair streets, and build fences for the villagers.

Other excursions included volunteering at a leprosy hospital, doing service and engagement with the locals in the Duong Lam Ancient Village, listening to Vietnamese veterans from the Vietnam War and working with victims of Agent Orange. Agent Orange was an herbicide used during the war by the U.S. that contaminated the food supply in Vietnam and caused many people to have deformations.

In Vietnam, the students also explored the city of Hanoi, enjoyed the local cuisine, learned about the Vietnamese culture and interacted with the locals.

Verardi and the students are planning to bring the knowledge of humanitarian issues they learned in Vietnam to UA.

“We are excited to use the knowledge and information we received [in our] lives and [in] the student organizations and groups we are connected to,” Verardi said, “as well as collectively by working with the International Institute in Akron and possibly even hosting our own UA version of the symposium.”

Natalie Wiswesser discussed the significance of studying abroad while in college.
“I would recommend traveling to other [countries] because [you can] surround yourself with a different culture or environment,” Wiswesser said. “And it doesn’t have to be a faraway country, even traveling to a new place within your own state challenges your perspective and opens your mind to people and possibilities that you wouldn’t have considered otherwise.”