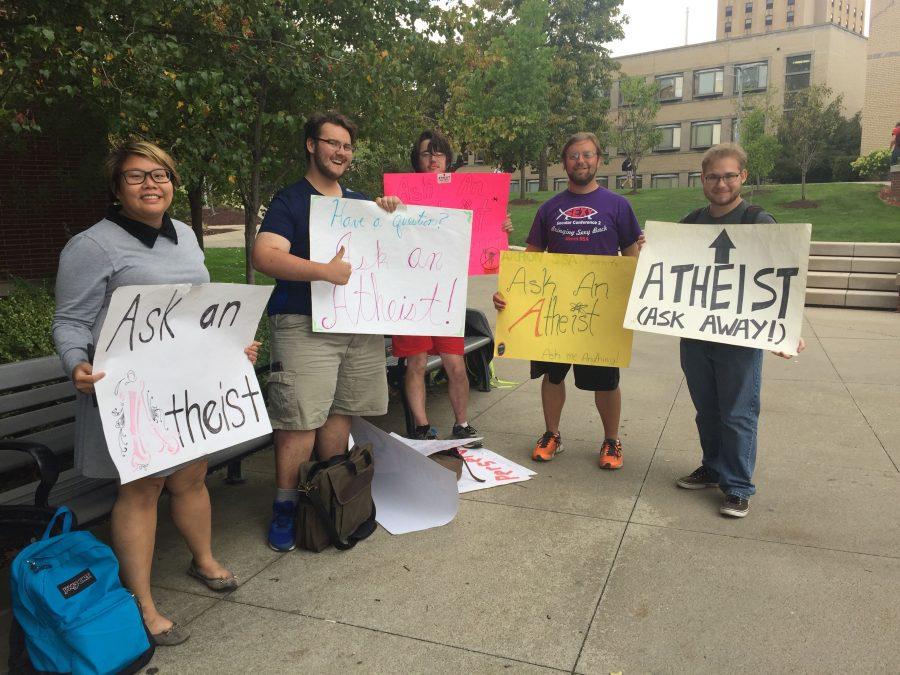 “Although [atheists] don’t believe in a religious force or deity, we are still considered people,” said Vivian Tran, the communications chair of UA’s Secular Student Alliance.

The organization is hosting its annual “Ask an Atheist” event this week outside the Student Union to eradicate the negative stigma they say surrounds the word “atheist.”

“Everyone should be valued regardless of their beliefs,” Tran said. The event continues today from 10 a.m. until 3 p.m.

Those interested in getting involved can attend the group’s weekly meetings on Thursdays at 5 p.m. in Schrank Hall North room 352. The association also hosts political and philosophical debates and community service projects.
“We try to show that just because you don’t have something organized, you can do something good just for the sake of doing good,” said Tran.

Also making an appearance on campus this week were the Christian proselytizers who come to campus every year.