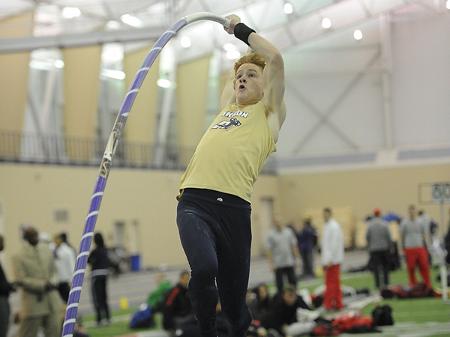 Former University of Akron pole vaulter Shawn Barber competed in the Rio Olympics for Canada this summer despite testing positive for cocaine.

Barber was still able to compete because The Sport Dispute Resolution Centre of Canada ruled that he inadvertently ingested the drug. The decision came just four days before Barber’s Rio debut, according to an article in Sports Illustrated.

The report — released last Thursday — concluded that the cocaine had entered his system after kissing a woman who had taken the drug earlier that night.

The two met up in response to Barber’s post in the “casual encounters” section on Craigslist, one night before the Canadian national championships.

Although the Canadian Centre for Ethics proposed a four-year competition ban, Barber was only stripped of his 2016 national title and Canadian record he set in Edmonton at the olympic trials. Barber placed 10th in pole vaulting finals at the Olympics.

At UA, Barber earned three National Collegiate Athletic Association titles, was the gold medalist at the 2015 Pan-American Games, and was the Mid-American Conference champion six times.

Dennis Mitchell, the current track and field coach at UA, coached Barber while he attended UA.

Mitchell and Cathy Bongiovi, the assistant athletics director for communications, declined to comment.