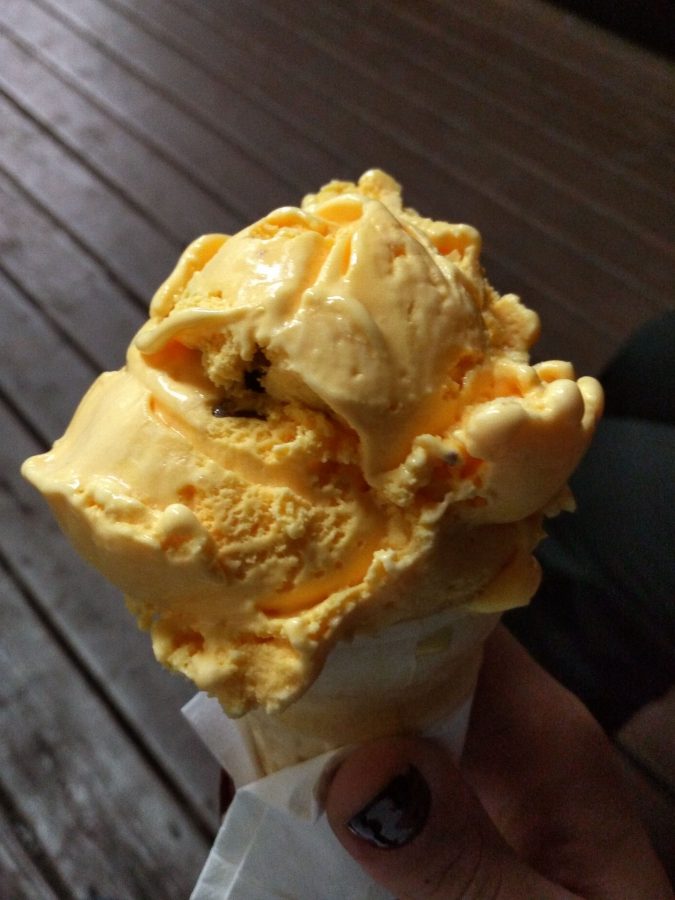 As I’m sure you gathered from my first Hidden Gem of the semester, Chill Artisan Ice Cream, I  consume too much ice cream. I worked at an ice cream parlor for about five-and-a-half years, which has led to me needing ice cream every day.

Which is why I want to reveal another one of my favorite ice cream shops: Pav’s Creamery. With the weather cooling down, now is the time to eat yourself into a food coma with ice cream before all the stands close for the season.

The Pav’s in Akron closes for the season on Nov. 1. No fear, there’s another Pav’s in Green, Ohio, and it’s an indoor shop that is open all year. This location also features “adult shakes,” which are infused with alcohol. Some of the flavors include Pineapple Rum and Irish Double Trouble.

Pav’s brand ice cream can also be found in local grocery stores. You won’t have as many options as you would when stopping by the stand, but any ice cream is better than no ice cream.

This year, Pav’s was voted the best ice cream shop in the Greater Cleveland area by cleveland.com.

During the summer, every Friday from May until August, there will be food trucks at the Portage Lakes Pav’s location. Some of the trucks in the rotation include Swensons, Fire Truck Pizza, Betty’s Bomb Ass Burgers, and Jones Bones BBQ.

Pav’s also participates in a customer loyalty program called Belly. It’s free to get a BellyCard, and they are available at any business that uses the rewards system. The points that you earn at each business are exclusive to that location. At Pav’s, each time you visit and scan your card you earn five points. As you build up your points you can get free scoops of ice cream, a free cone or sundae, or, if you’re patient enough to save 100 points, a free Pav’s T-shirt. I have been saving up for that T-shirt for so long, I go for the points just as much as I go for the ice cream.