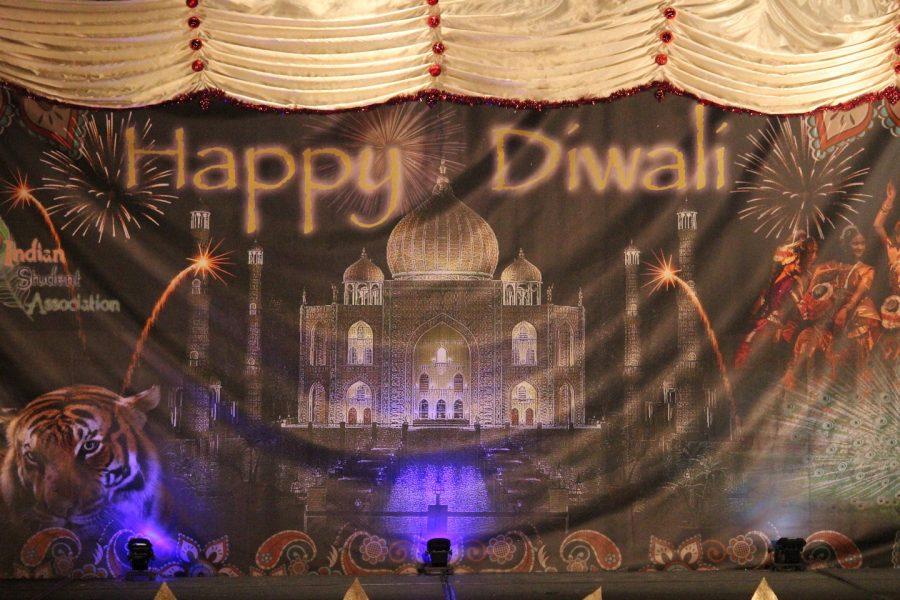 Diwali is the grand festival of light – light over darkness, good over evil, knowledge over ignorance, and hope over despair. And it’s being celebrated at The University of Akron next Sunday, Nov. 6, from 5:30 p.m. to 10 p.m. in the Student Union Ballrooms.

Organized by UA’s Drishti-Indian Student Association (ISA), Diwali Night 2016 will feature a cultural show, singing and dancing performances, an Indian buffet, and a DJ for open dancing at the end of the evening.

Diwali is a Hindu festival celebrated every fall in many countries, including India, Pakistan, Nepal, Bangladesh, Myanmar, Sri Lanka, Singapore, and more. Its official day of celebration in India was Sunday, Oct. 30; but that Indian families and friends might spend that day together, it is always celebrated at UA the week after.

“Here we are celebrating it to promote Indian culture and diversity in and around India,” said Ujwal Boyalla, president of ISA and business analytics MBA student. “Usually everyone thinks that Indian culture is all the same but, when you go to each region or state, the culture is different, the tradition is different, the food they eat is different…and our main intention is to promote that, and celebrate it with the big Indian and international community [at UA].”

That is the purpose of Diwali Night 2016’s first-ever cultural show, which will take up the first hour of the evening. In it, one man and one woman from India’s main regions – north, south and northwest – and from India’s neighboring countries will present their traditional dress, pictures, currency, maps, and other information about culture and festivals.

Back in India, Boyalla says, every household will be celebrating Diwali with fireworks. As this isn’t possible on campus, Diwali Night 2016 will have lots of different lights and light-structures. There is seating for 400, with just over 100 of them usually taken by international or domestic non-Indian students.

Boyalla stresses that the event is open for everyone too, not just Indians or students. He mentioned the more than 50 Indian faculty and staff on campus who might be there.

After the opening cultural show will be 10 Bollywood singing and dancing performances, followed by the Indian buffet dinner, and finally the open dancing with a Bollywood DJ.

According to Boyalla, UA President Matthew Wilson was invited to be an honorary guest at Diwali Night 2016. Regardless, certificates for former India Student Association student leaders and organizing teams will be given out, with Wilson’s signature on them.

Diwali Night 2016 costs $12. Find more information about it, how to purchase tickets, and about the Indian Student Association in general, by going to akronisa.com or emailing [email protected]

Boyalla notes a special thanks to all the volunteers who are helping with the event, as well as the other seven members of the organizing team, Kushalappa, Manoj, Ashish, Sarika, Shravya, Sudheer, and Sai krishna, as well as the ISA’s faculty adviser Chand Midha, executive dean of UA’s graduate school.