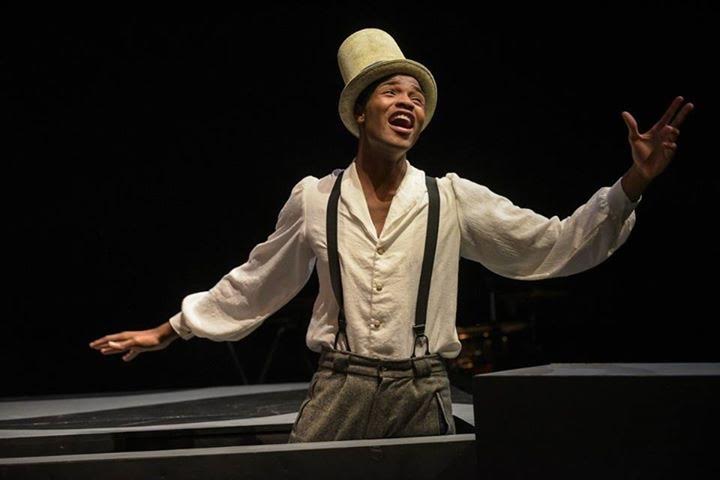 Courtesy of the Arts Administration

Student Jessie Armstead performed in The America Play last in the Sandefur Theatre in Guzzeta Hall.

After a two-year hiatus, the theater arts degree program is back at The University of Akron for this upcoming spring semester, following approval from the Board of Trustees and the Ohio Department of Higher Education.

In 2014 the degree program, along with 54 others, was suspended because of low enrollment. Although the major was not offered in the meantime, the UA Board approved a plan put forward by the Faculty Senate to revise the program.

During the past two years, the department and faculty revised the theater program’s curriculum, which was approved by the then-acting provost, dean, and Board before bringing it back.

This summer, the Board approved approved a revised program that establishes four new interdisciplinary tracks offered by the School of Dance, Theatre and Arts Administration. The Ohio Department of Higher Education approved the plan in October.

In the spring, UA will begin to offer a bachelor’s degree in Theatre Arts with four new interdisciplinary tracks:

In addition, the revised theater degree requires 120 credit hours instead of the 128 of the previous program. The department and faculty also revised 11 courses, while eight were deleted, and one was added.

Although the theater degree was not available for two years, the department still offered a minor and classes in the discipline. Before and after the reinstatement of the program, the three full-time and two part-time faculty remained within the department despite the changes.

Many alumni, faculty, community leaders and students played an important role in bringing back the major.  After the program was cut, a Facebook page entitled “Save Theatre at the University of Akron” and letters from various theater community leaders pushed for the reinstatement of the program at UA, according to Jim Slowiak, a theater professor.

Slowiak also said the program has been at UA for over 100 years. This spring semester, the department is offering both introductory and higher level classes that are available to any major.

The department has also been hosting student productions for many years. This weekend, “The America Play” is playing at the Sandefur Theatre in Guzzetta Hall each day from Nov. 10 to 12 at 7:30 p.m., with an additional showtime at 2 p.m. on Saturday, Nov. 12.

Next Saturday, the theater department is having a Drama Day, where high school students can participate in workshops and learn more about the theater program. UA students are also welcome to attend for free. Attendees must register online prior to the event at the dance, theater and arts website: uakron.edu/dtaa/.

According to Slowiak, UA Theatre alumni have worked throughout Akron educating students at local schools and creating new theater programs in the community.

“Our graduates are out there working and making a difference,” said Slowiak. “They are working in theater, in education, in arts administration, and business. I think that’s really telling about the kind of education they received at UA.”

Those students interested in the theater major can find more information at the above link.