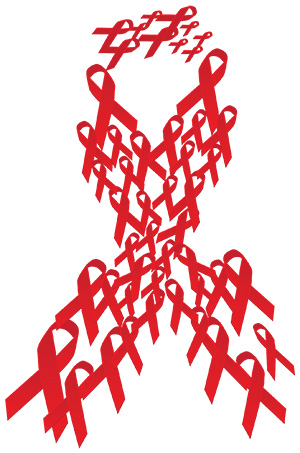 In recognition of World AIDS Day on Dec. 1, The University of Akron will host an event to raise awareness and educate students about the disease. Each year beginning in 1988, people around the world observe this holiday to commemorate those who have battled Acquired Immunodeficiency Syndrome (AIDS).

Caused by HIV or human immunodeficiency virus, AIDS is a fatal disease that weakens the immune system and increases susceptibility to other infections.

Overall, AIDS has caused approximately 658,507 deaths in the United States, according to U.S. Center for Disease Control and Prevention statistics. More than 1.2 million people live with HIV, while 1 in 8 people with it do not know they are infected by the virus.

Today, LGBTUA’s weekly meeting will feature a guest speaker who will talk about AIDS at 7 p.m. in the Student Union Theatre.

On Thursday, the CANIPI Community AIDS Network will provide free-HIV testing from 10 a.m. to 3 p.m. in the Student Union Ballroom C. Based in Summit and Portage counties, CANIPI is a non-profit that provides HIV support services and LGBTQ advocacy.

In addition, an AIDS Memorial Quilt will be displayed in the trapezoid lounge on Thursday as a memorial for those who lost their lives to the disease. A project that begin at UA in 1987, the quilt bears 48,000 memorial panels that honor the life of AIDS victims.

From 10 a.m. to 1 p.m. in the same lounge, Campus Programs is hosting World AIDS Day tabling to educate students on the disease and to hand out red ribbons showing support for people who live with HIV.

Two films will be shown this week at 8 p.m. in the Student Union Theatre; “Pride” will play on Wednesday and “Philadelphia” will play on Thursday.

“World AIDS day gets people talking about HIV,” said Julie Ann Boylen, president of LGBTUA. “Education is one of our greatest weapons in the fight against HIV and AIDS, and when we talk about a subject, we learn about that subject. Then, we take another step forward in the fight against AIDS.”