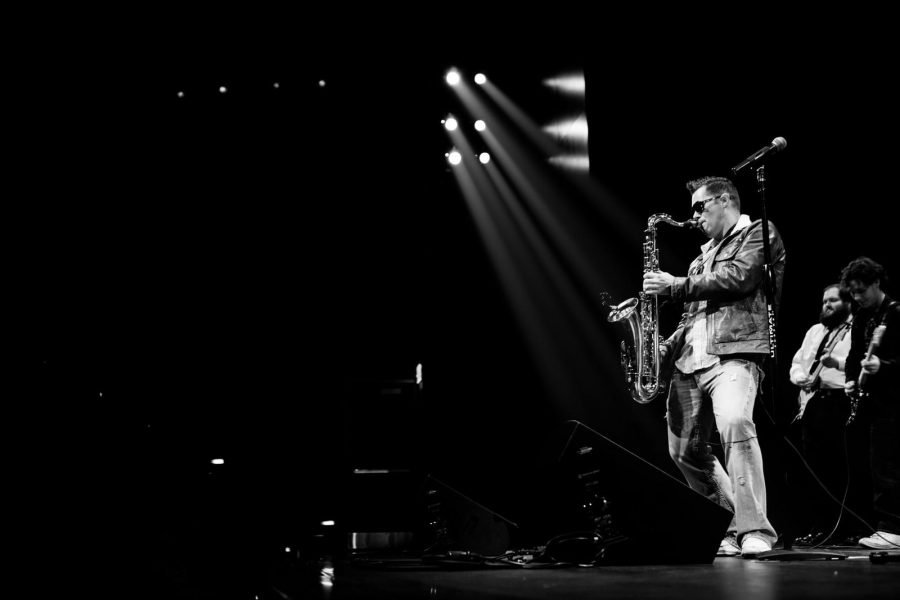 On Nov. 29, 2016, saxophonist Matt Corey performed at The University of Akron Student Union for the last 7:17 p.m. show of the semester.

Corey, who is also a lead vocalist, was joined by his friends Adam on the guitar and Eric on the Jamaican drums.

Originally from Canton, Ohio, Corey started saxophone when he was at Youngstown State University, where he studied musical theory. He played for a band, whose style he describes as similar to the Dave Matthews Band, as its saxophonist and toured with its members.

Corey has traveled the world doing high energy shows that feature him and his saxophone. He has been featured as a soloist in New York and Florida, and also opened for 2005 American Idol runner-up Bo Bice.

“It has been an amazing journey,” Corey says about his life.

The 7:17 p.m. show started with Corey introducing himself and his band. He started the show by covering songs by Justin Timberlake, Justin Bieber, Lorde, and many more.

He also performed some of his original compositions. He improvised some elements on the spot.

“There has always to be something surprising while I perform, because if I keep [performing the song the same way] then it is not that interesting anymore,” Corey says.

There will be many more shows coming up next semester and information will be put on Orgsync and also the RHPB app.