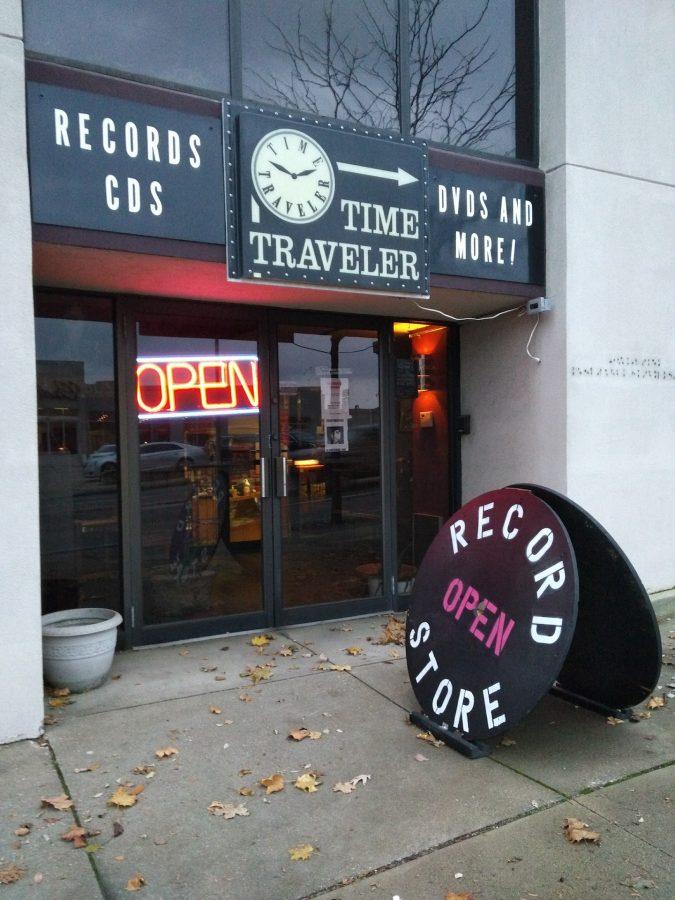 Time Traveler Records is your one stop destination for new and used vinyl and CD's.

Time Traveler Records is by far my favorite record store in Akron and it’s just about 10 minutes away from campus. You should shop at local businesses in order to give back to the community members that make Akron unique instead of going to bigger chain businesses.

At Time Traveler Records, there is an impressive stock of new and used vinyl, CD’s, DVD’s, and miscellaneous gifts like posters and mugs. Owner, Scott Shepard, keeps the store well organized into sections for new releases, used vinyl, just-in cds, and DVD’s. There is a mixture of everything, which I find much more enthralling than a store that focuses on just one genre.

The stock of records at Time Traveler Records is constantly changing because Shepard purchases new records and customers bring in their own collections to sell. Each Thursday, Shepard gets a shipment of new items in and, with Christmas approaching, there will be even more new items coming in.

The atmosphere is very laid back, and Shepard says this is the place to come if you like not only love music but also if you want to discuss music with other customers.

I have been to other record stores and have been disappointed by insane prices and warped records but Time Traveler Records has impressed me each time. And if you do happen to get a warped record, Shepard will give a refund. If you want to listen to a record before you purchase it, Shepard will let you play it on the turntable by his desk.

This man has a passion for music and has been in the music selling business for over 35 years now. He has moved through a few different cities but now is located exclusively in Akron. This city has a rich history in music.

Items at Time Traveler Records come in a wide range of prices depending on the quality and rarity of the item. There is currently a .99 cent Christmas section, some vinyl for between $2.99 and $7.99 up to $19.99. There’s even a .99 cent bin if you don’t mind a little fuzz in your record.

Since I love The Beatles, I always gravitate to those used records. As an example of Shepard’s wide range of stock, the Eight Days A Week Beatles documentary, which is still unavailable for purchase at some stores, is available in multiple versions at Time Traveler Records. I even scored a Beatles coffee mug a few years ago.