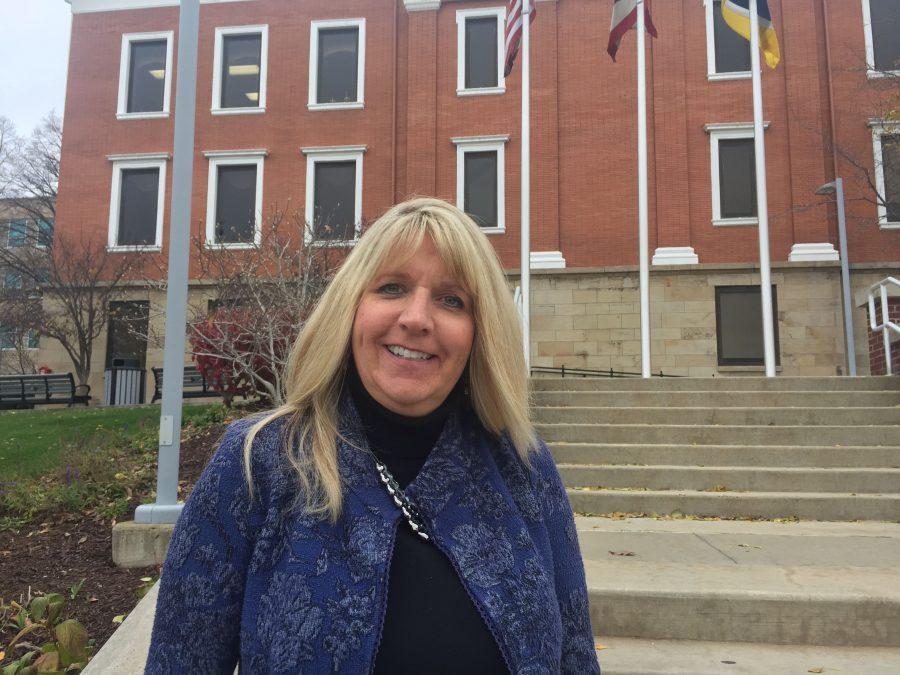 President Matthew Wilson named Barbara Weinzierl chief of staff for the Office of the President on Nov. 28. Before her new appointment, Weinzierl served as the assistant dean of admissions and strategic initiatives at UA’s School of Law.

The chief of staff’s role is to manage the president’s office operations while also serving as a liaison to constituencies on campus like the students, staff, faculty, and trustees.

Weinzierl will also help Wilson carry out the goals set by the Board of Trustees, UA’s governing body. These goals include developing a budget, improving enrollment and retention, growing development efforts, and strengthening constituency relationships.

Weinzierl will work in the president’s office and the School of Law until a successor is appointed to her previous position.

Yesterday, Weinzierl sat down with The Buchtelite to answer questions about her role at the University, and what she plans to accomplish as its new chief of staff:

What are some of your accomplishments, including when you worked at UA’s law school?

“I have been at The University of Akron since 2009. I have a bachelor’s degree in psychology from Vassar College and a law degree from Cornell University. After four years [at a law firm in New York City], I decided I wanted to go into law school administration. I worked at the University of Pittsburgh Law School and Duquesne Law School. I was also an assistant dean at Case Law School for three years. I came to [UA’s] Law School in 2009 as the Director of Career Planning. In 2014, I took over the law school’s admissions office and enrollment was up by over 25 percent after the two years I was there.”

Why is the role of chief of staff important?

“My role is to make sure the president’s office runs smoothly and that his time is being used wisely. There are some goals that the president and university leadership need to meet and I will support him and be a liaison with the Board of Trustees and the community.”

What are your plans for assisting in making a budget, increasing enrollment and retention, and communicating with campus constituencies?

“I’ll work with admissions, financial aid, and other departments to make sure all of their processes are the most efficient and [they are] using their resources wisely. I will ensure that we are moving forward and reaching the goals that the president has set forth. To communicate with campus constituencies, I’m going to try to be out there as much as I can and meeting as many people as possible.”

Why did you choose to go into higher education?

“I love being around students. When I worked at my last job at the law firm, I realized that I wasn’t having as much people contact and I wasn’t making a difference. I loved being in college and law school and being on a campus. There’s a lot of energy. That I can make a job of this and come to work here every day is a great thing to me.”

What do you enjoy doing in your spare time?

“I love spending time with my family, [and] I have a husband and three children. I love to watch my children at sporting events, as two of them are swimmers and one plays volleyball. I used to be a U.S.A. Swimming Official, which means I can be a judge at my children’s swim meets.”

What is your favorite thing about The University of Akron?

“I love the fact that the students who go here take pride in [their school] and that they have had the opportunity to go here.”