A New Dawn for the City of Akron

The new Era of the “Rubber Capital of the World” 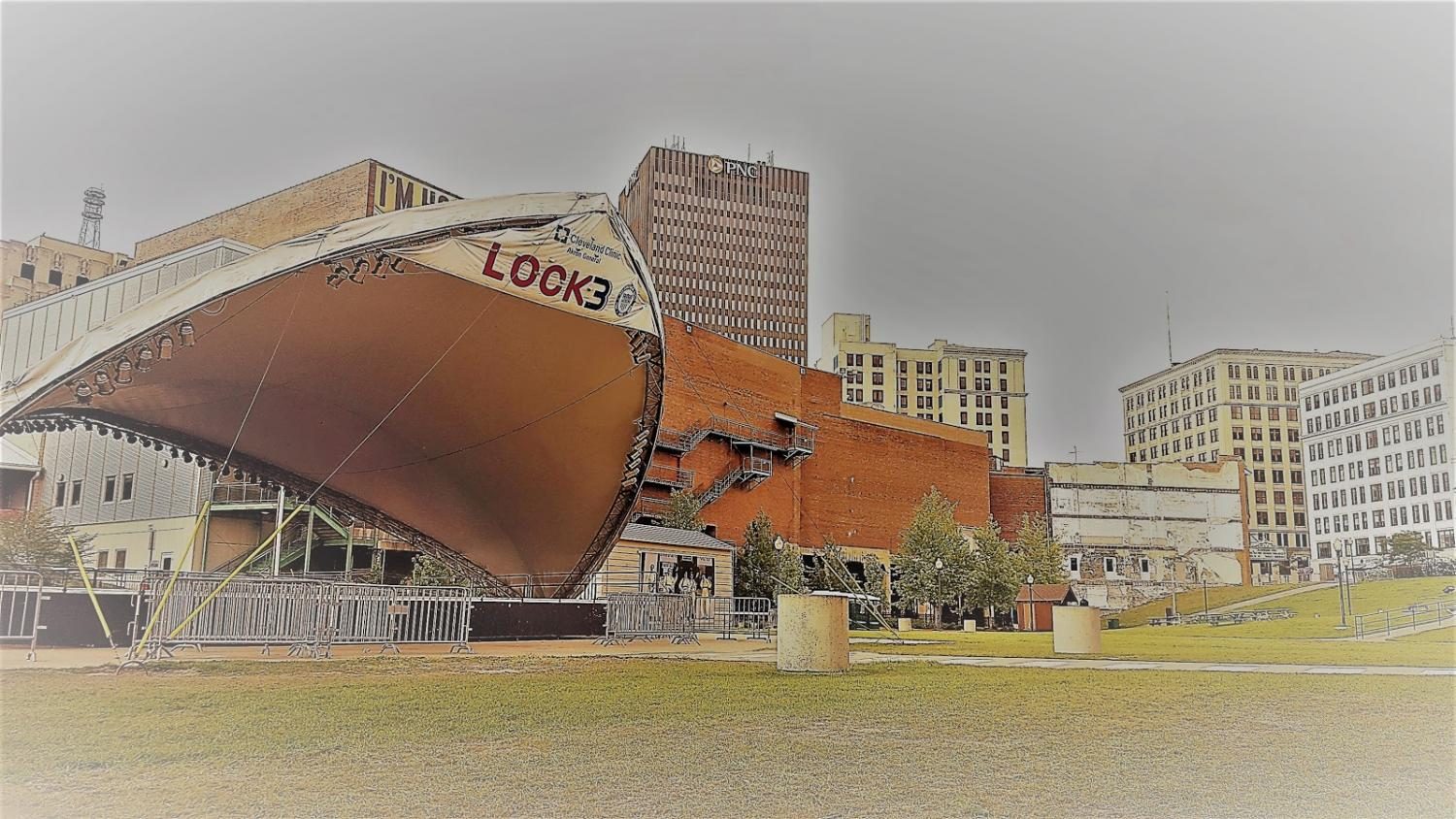 Akron, a city once built on rubber production, is now being revived through art and the ideals of millennials.

Akron reached its industrial peak in the 1950s where it dominated in rubber production after World War II, Brett Rosenstein, an Akron Beacon Journal journalist said in an article called, “Akron is Known as the Rubber Capital of the World.”

During this period of time, Akron was known for producing one-third of all rubber products in the United States. Thus the city’s nickname, Rubber Capital of the World, was coined, Rosenstein said.

If one were to ask any of the older residents of the city about the area’s past they would most likely talk about how the air smelt more like burnt rubber rather than freshly cut grass.

This is because even though our city still has the title of Rubber Capital of the World, most of the industry has left with the turn of the century leaving roads of empty buildings in its wake.

This issue over unused space has weighed heavily over the city’s officials and its residents for many years.

Now the long awaited rebirth of Akron has begun to appear to the public eye. One of the first noticeable projects was completed on Maiden Lane where the renovation brought in Akron Coffee Roasters, Chill Artisan Ice Cream, Urban Eats, Musica, Rubber City Clothing, and more.

Some of the new developments will include more residential apartments through the downtown area and new stores on various streets. The developments will preserve century-old buildings while bringing in stores to fill empty sidewalk level shops, Livingston said.

The next large project is said to be on Bowery Street. This project will begin with the 12-story vacant Akron Savings & Loan, creating 113 apartments from the second floor up, Livingston said.

It is said that restaurants and businesses will fill empty buildings on the canal level of the Lock 4, one of which will be a fresh produce grocery store. The rest of the remodeling projects will occur on the building alongside the Akron Civic Theatre Jennifer Conn, a journalist for Cleveland.com said in an article called, “Akron’s Bowery project at Lock 4 plans grocery store for historic Landmark Building.”

Along with the addition of stores on the road level, Conn said, The Bowery project hopes to bring stores to the canal level of Lock 4 for the first time in 100 years and the grocery store will be a key player in the project’s success.

On top of the new business and residential boom in Akron, the city has gone above and beyond in order to create an inviting environment within the city limits through events such as Lock 3 yoga nights and jazz bands at Lock 4.

The excitement doesn’t stop with these events. The community has moved beyond the locks and onto the cement in order to brighten the city. In an article called “Akron Art Bomb’s 5th mural puts paint to poetry at Summit Metro Parks Freedom Trail,” Conn said Akron’s Art Brigade has lead this cement movement over the past few years, only to come into the spotlight this past spring.

She said that this growing movement is the work of both the area’s high school students and The University of Akron’s students.

The program is meant to showcase positive art on the cement surfaces of Akron, Conn said.

It may seem like a far fetched idea that a city built on rubber could switch to a city built around art and millennial hobbies but the switch has begun. Akron’s revival is underway and it is time for all Akronites and students alike to get out and create their own Akron Experience.