Akron RubberDucks Round Out Regular Season This Weekend 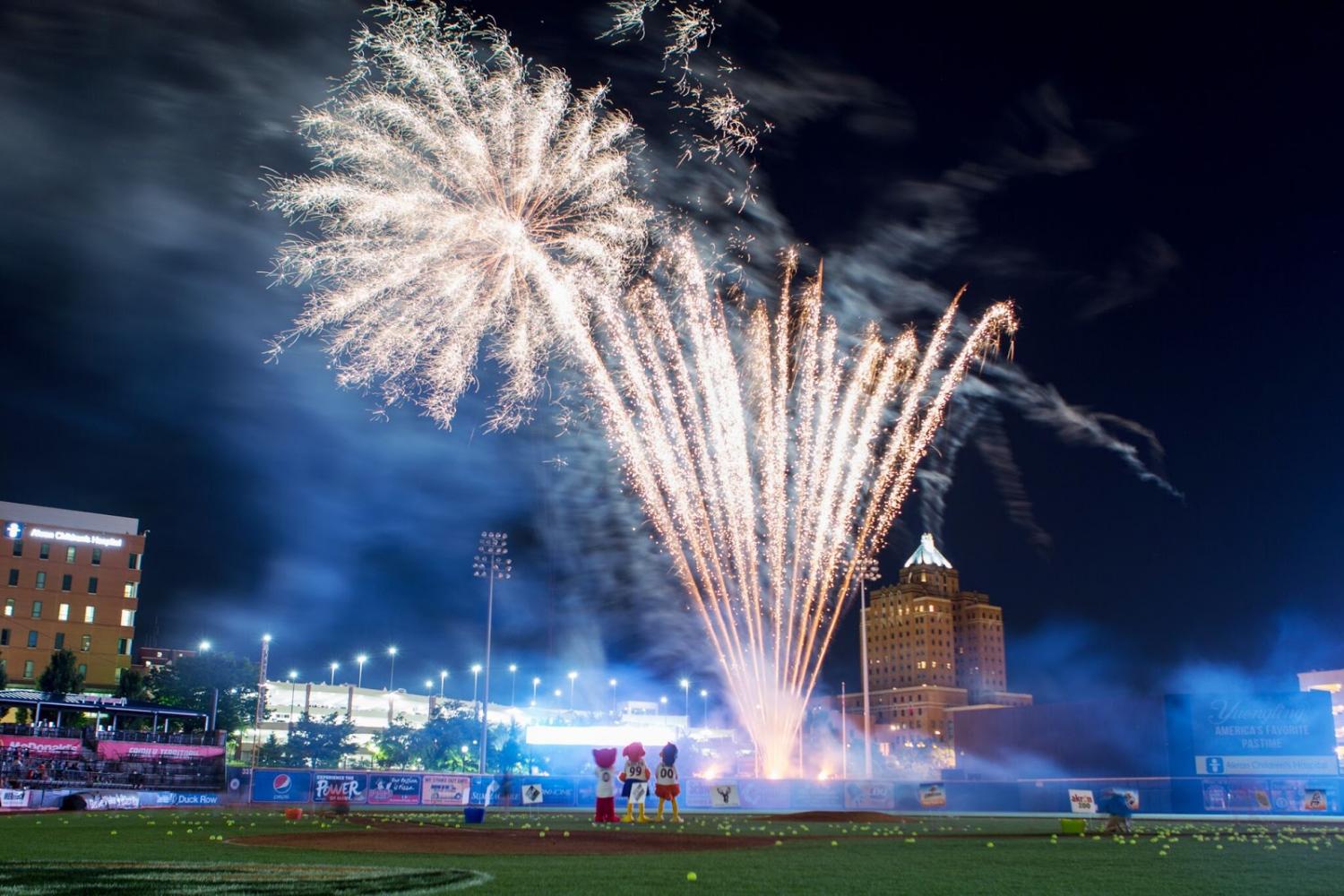 As baseball season winds down, only one weekend remains for UA students to get out to Canal Park and watch the Akron RubberDucks compete. The RubberDucks (AA minor league affiliate of the Cleveland Indians) complete their regular season schedule with a four-game home stand this Labor Day weekend.

An affordable option for students looking for Labor Day fun, the Akron RubberDucks will take on the Erie SeaWolves at Canal Park at daily games Friday through Monday. The Ducks find themselves just outside of playoff contention with a record slightly below .500, after an outstanding 2016 campaign, in which the squad took home the Eastern League title.

As exciting as the on-field action always proves to be, arguably the best aspect of a RubberDucks game is not just found on the diamond. The RubberDucks are widely known for their incredible promotions, even earning the 2015 Larry McPhail Award, which goes to the minor league team with the best promotional season.

“Canal Park has seen a ton of fun during the 2017 season, but this four-game set on Labor Day Weekend will feature some of the best promotions this year,” Adam Liberman, the Director of Public and Media Relations of the Akron RubberDucks said.

This weekend’s promotions are highlighted by a couple of fan favorites: fireworks and bobbleheads. There will be post game fireworks following Friday, Saturday, and Sunday’s games, with different themes each night (The Doors, Pearl Jam, and Harry Potter, respect). Saturday will feature the final bobblehead giveaway of the season, and the following Monday is Fan Appreciation Day at Canal Park. This will include an all-you-can-eat picnic, multiple giveaways, and prizes for Akron’s best fans.

Friday and Saturday’s games will begin at 7:05 p.m. First pitch on Sunday will be at 6:05 p.m and Monday’s game will start at 1:05 p.m. Canal Park is within walking distance of campus, and tickets are as low as $5. Take advantage of this fantastic holiday weekend to get out and watch some baseball, right here in downtown Akron.