Coach Groce Returns to the MAC 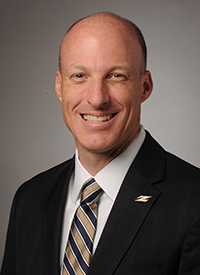 The University of Akron men’s basketball team had an uncanny off season with many departures on the team, which lead to John Groce taking reigns as head coach.

Groce, however, is not new to the Mid-American Conference, and currently holds a 30-34 record in the MAC while previously coaching for Ohio University. Groce also won two MAC tournaments while coaching at Ohio University, and is currently the last MAC men’s basketball coach to win a NCAA tournament game. Groce also coached at Illinois where he posted a 95-75 overall record and 39-53 inside the Big Ten Conference.

In order for the Zips to have a successful season, the team must continue to work together and build chemistry. With only five players returning from last season: Jimond Ivey, Craig Eubank, Daniel Utomi, and Emmanuel Olojakpoke, the men’s basketball team has a lot of work to do.

The team brought in four transfers; Loren Jackson, a guard from Long Beach State; Eric Hester a guard from the University of Florida; Deng Riak, a post player from East Carolina University, and Malcolm Duvivier, a guard from Oregon State University. Duvivier will be the only player eligible for next season because he is a graduate transfer.

Groce is looking to continue the success of the University’s men’s basketball team and resume his legacy in the MAC conference.