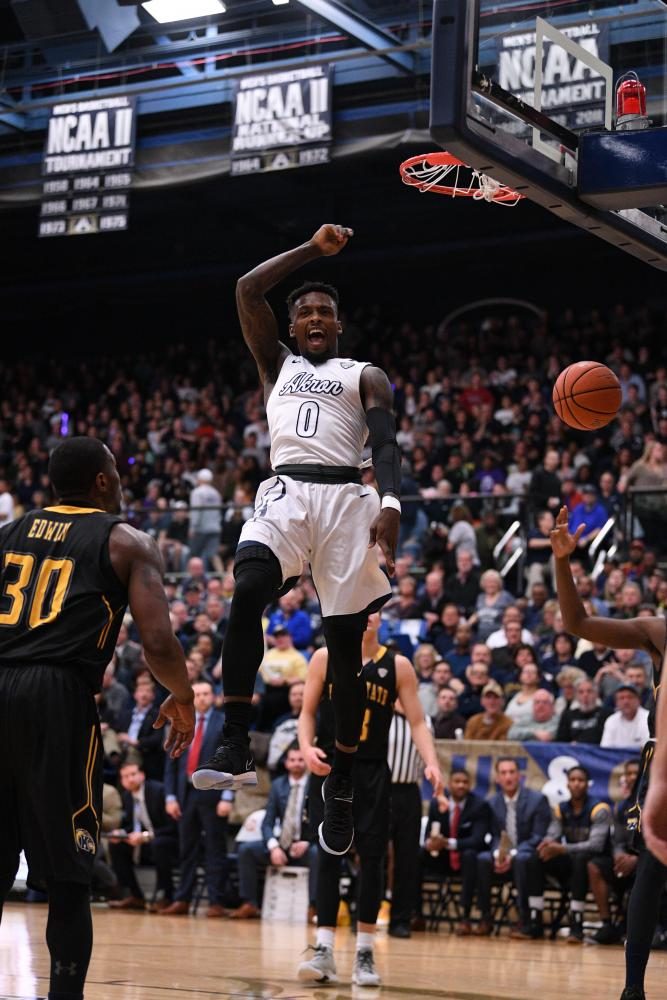 No. 0, Jimond Ivey scores for the Zips. (Photo Courtesy of The University of Akron Department of Athletics.)

With the departure of top scorers Kwan Cheathem Jr, Isaiah Johnson and Antino Jackson, The University of Akron’s Men’s basketball team was on the hunt for players to rebuild. One emerged from their own lineup: Jimond Ivey.

The fourth leading scorer from last season, Jimond Ivey, a 6-foot-3-inch tall shooting guard averaged 10.2 points a game, while shooting over 50 percent from the floor. For his junior season, he is ready to take on a bigger role within the team, thanks to new Head Coach John Groce.
Ivey said Coach Groce is giving him a platform that the other coaches did not give him. He called Coach Groce an all-out leader.
After all of the changes to the roster and the staff, Ivey has learned to accept the challenges and make the most out of his upcoming season, he said
Ivey said change is always difficult for anyone, but the new coaches came in and showed him that they are genuine. The coaches have the same goals and Ivey and the team, Ivey said.

“The players are all great people and they all want to win, so we get along perfectly,” Ivey said.
Ivey is a Cleveland native from Glenville High School, a school known for producing athletes such as Troy Smith, Ted Ginn jr. and Marshon Lattimore.

See Ivey play on Nov. 12 when the team takes on Youngstown State.