Akron takes on Kent State and Ashland in doubleheader on Friday at the historic Firestone Stadium to kick off their fall season. 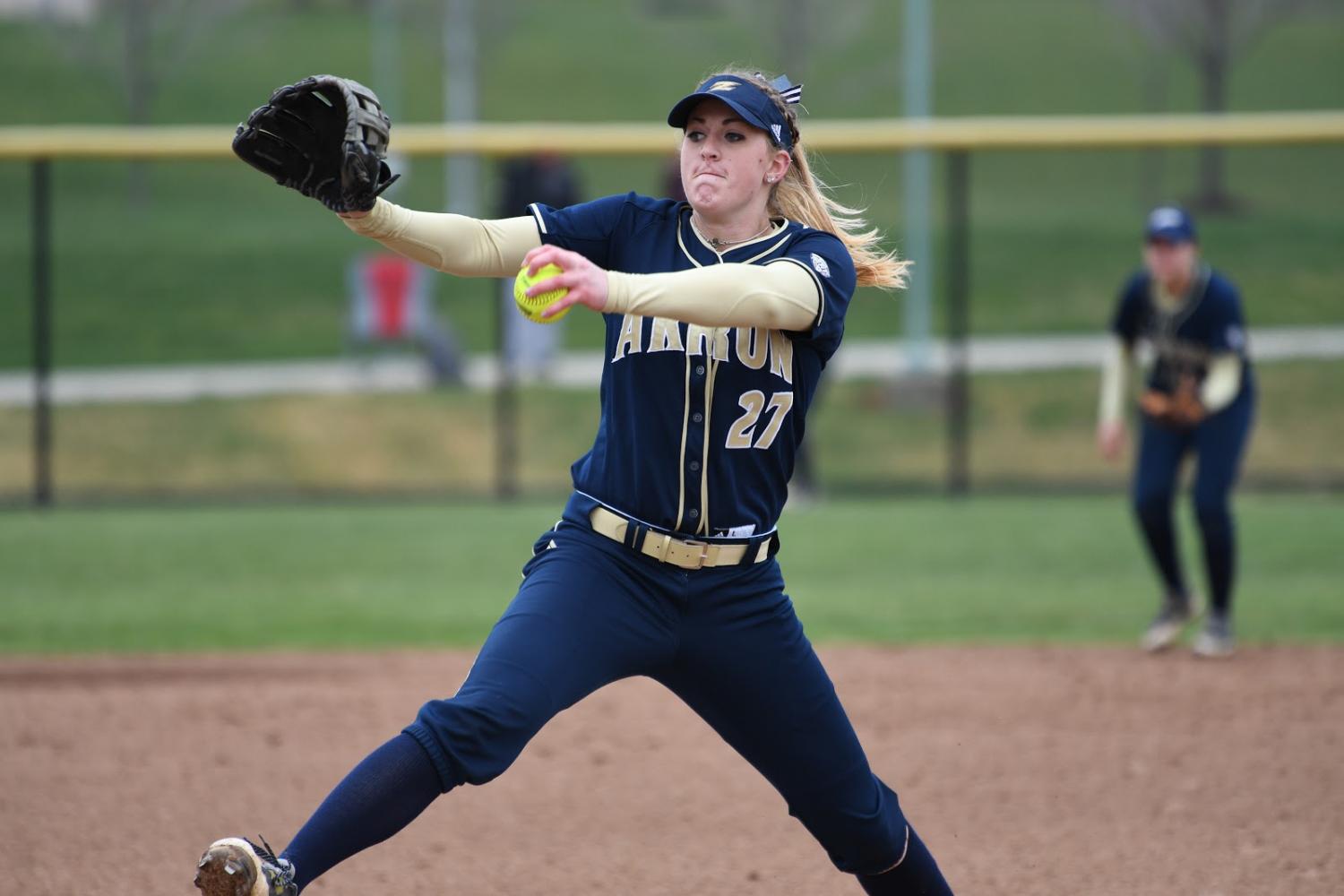 The University of Akron Softball team will take on rival Kent State and Ashland University in a doubleheader Friday, Sept. 15, at 4:30 p.m at Firestone Stadium. The Zips start their evening against the Ashland Eagles at 4:30, then will follow up with a game against the Golden Flashes. The second game will start 30 minutes after the first game at approximately 6:30 p.m.

As the primary NCAA softball season does not begin until February 23 for Akron (home season beginning March 23), the softball program will utilize September and early October to take to the diamond, playing exhibition games against nearby schools before the winter.

The Zips, led by head coach Julie Jones, is looking for new contributors this season as the majority of last season Akron’s starting players are no longer on the roster. Returning for the Zips, however, is sophomore pitcher Lexie Handley, who was elected MAC Freshman of the Year and Second Team All-MAC in 2017.

Following the Friday games, Akron will play three more doubleheaders before rounding out their fall schedule. The Zips are set to finish off their fall season at home, taking on Youngstown State and Robert Morris University on Sunday, Oct. 1 at 11 a.m. and 3 p.m., at Lee R. Jackson Field.

Admission to Friday’s game is $3 for students and $5 for non-students, all collected proceeds will benefit the Akron Racers Charities fight against breast cancer. The game will be hosted at Firestone Stadium, home of the Akron Racers, located just a short drive from Akron’s campus on Firestone Parkway. We encourage all University of Akron students to come out and support the Zips softball team! For more information, check out www.akronracers.org