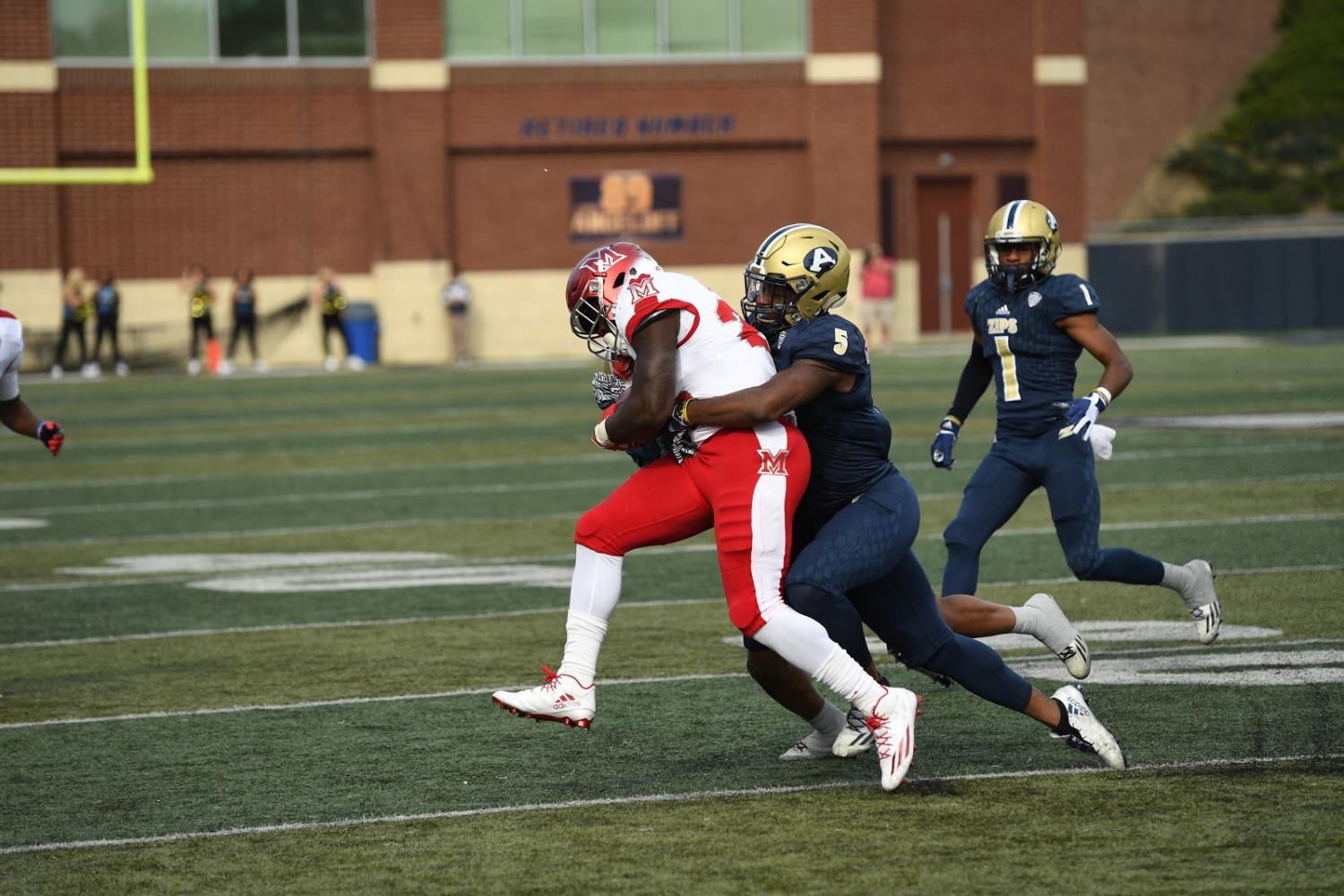 The University of Akron’s Football team is looking for their second win of the season Saturday, September 16, against the one for one Iowa State. The game is set to begin at 12 p.m. on the Zips home turf, Infocision Stadium-Summa Field.

The Zips’ victory came in addition to a new school record as Akron’s offense recorded 464 yards and Akron’s defense only allowed the Golden Lions a mere 168 yards.

Zips offense was led by, quarterback, Thomas Woodson, and running back, Warren Ball. Woodson led the team’s passing yards after throwing for 166 yards on a 15-21 effort, with over half his passes ending in touchdowns. In addition, Ball led Akron’s rushing attack with 166 yards on 20 carries and 3 touchdowns.

Following last Saturday’s performance, linebacker, Ulysees Gilbert III, was named the Mid-American Conference’s Defensive Player of the Week for the East Division. He led Akron’s defense completing 10 tackles, he also ran the ball to score a touchdown, and completed an additional 30-yard interception return during the Arkansas Pine-Bluff game.

As the Zips are looking continue the momentum they picked up after their landslide victory and the Cyclones are coming off a disappointing overtime loss to rival Iowa Hawkeyes, 44-41. Two games into the season and it appears Iowa State is relying heavily on their quarterback, Jacob Park. Park has completed 25-46 passes for 347 yards, in addition to his four touchdowns and one interception this season.

At 10 a.m., The Undergraduate Student Government and AK-Rowdies will host the Uniting UA Tailgate event in parking lot 10. During the game, former University of Akron defensive end, and Pro Football Hall of Famer, Jason Taylor, will be also be honored. This event is free for UA students with their ZipCard. Additional tickets are available through www.gozips.com, or at Infocision Stadium. For more game day information visit www.gozips.com.