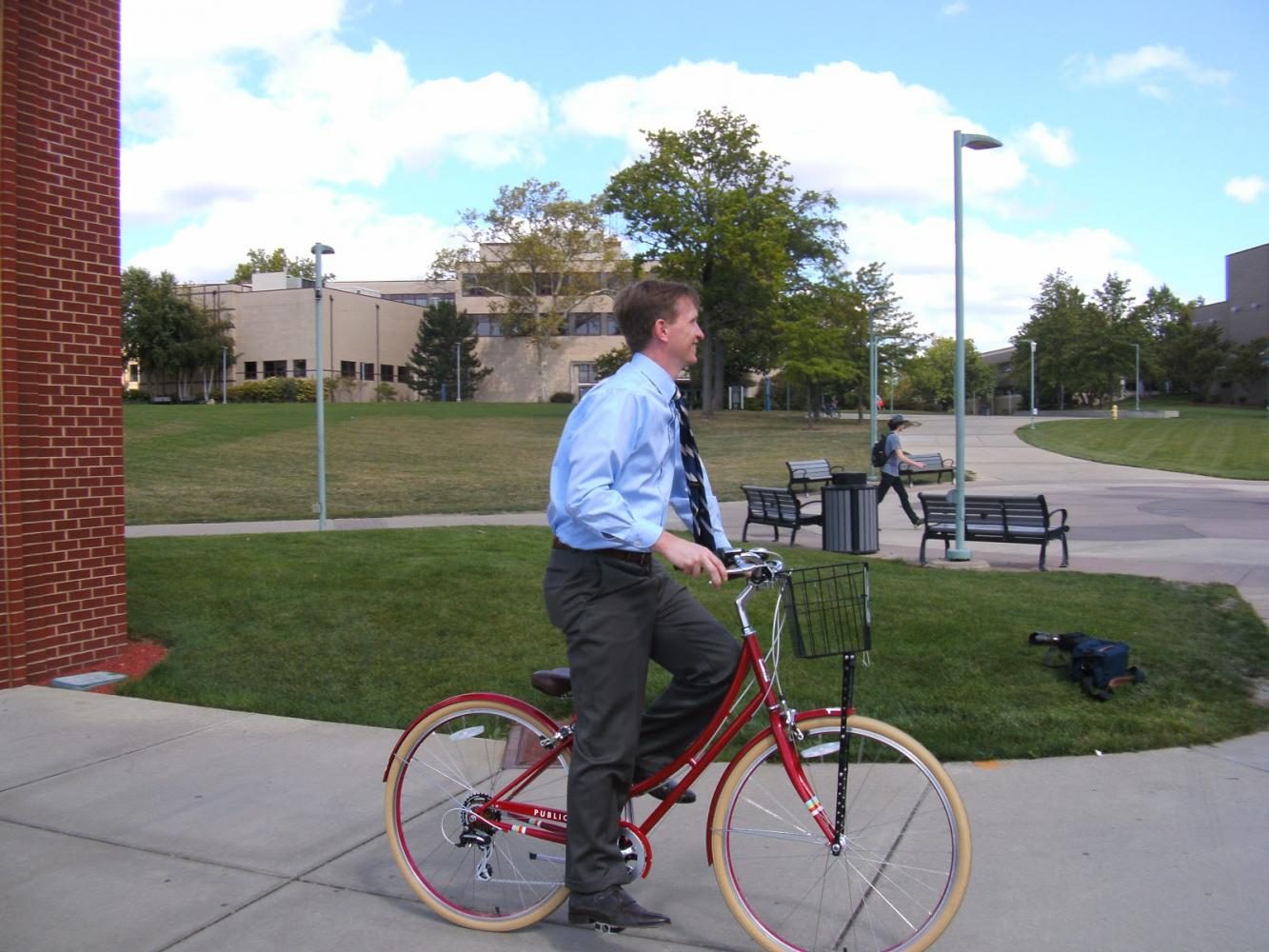 President Wilson taking one of the bikes on a test drive.

The University of Akron celebrated bikes Wednesday morning during the official kick-off event of the University’s bike share program.

The event, which took place in front of the Student Recreation and Wellness Center, was  joined by the University’s president, Matthew J. Wilson. President Wilson took a spin on one of the bright red bikes more than once. The Akron program director of the Knight Foundation, Kyle Kutuchief, also attended the event.

The bike share program is a collaboration between the Knight Foundation, Summit Cycling Center and the University. It allows students to check out a bike for the day at no cost.

He said it started two years ago by former USG justice Felicia Rosin. Rosin recognized that the University did not provide resources for students to get around campus, Bennington said. That is when the idea came to fruition

The idea was proposed to the University, where they were able to work with the Knight Foundation to fund the program.

“We are always looking for new opportunities for students on campus, especially eco-friendly opportunities,” Bennington said.

Since the debut of the program, the bike share has been a hit among students. MacDonald said 150 bikes have been checked out since the start of the semester with very little marketing. He said he sees students using the bikes for going to class and also for recreating.

“We hope students utilize the program and have a good time and ride,” MacDonald said.

Bikes can be checked out at the Student Recreation and Wellness Center and at the Parking and Transportation office.