The Akron Zips Volleyball team will host Kent State and Ohio on Friday and Saturday at James A. Rhodes Arena, beginning their MAC schedule of play. 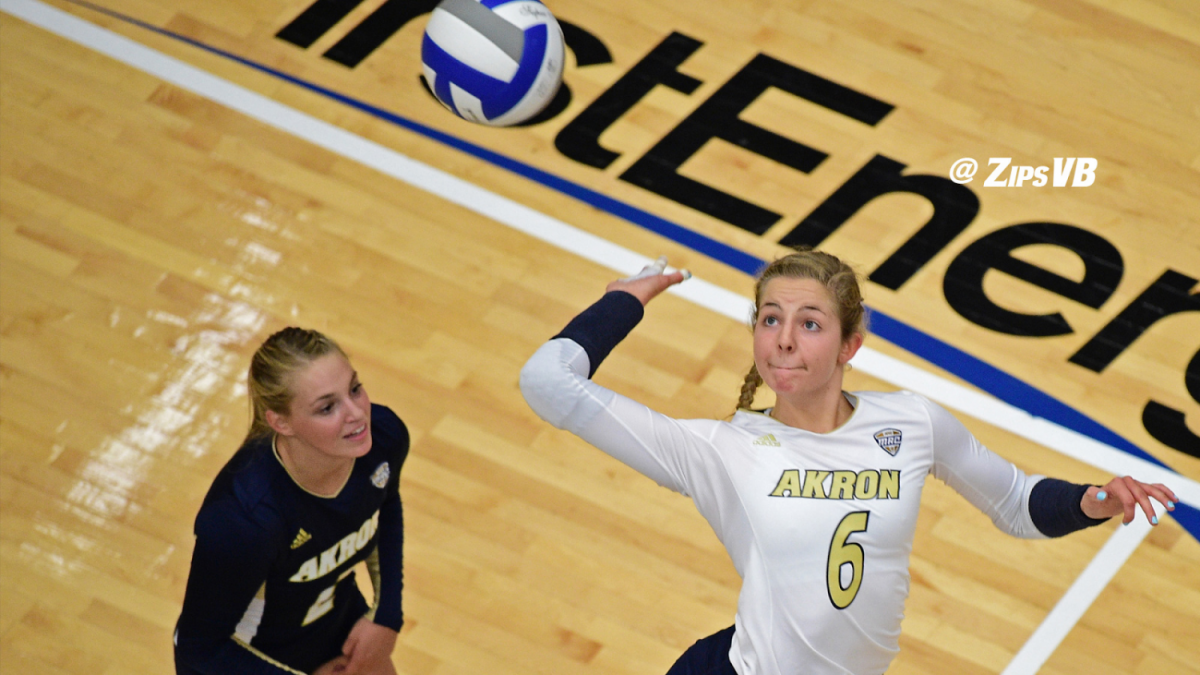 After completing four tournaments to begin the fall season, the Zips volleyball team will return home to compete against MAC opponents. Akron is set to play rival Kent State University at 7 p.m. on Friday, Sept. 22, and Ohio University on Saturday, Sept. 23, at 5 p.m.

The Zips enter MAC play with a 4-8 record.  Akron is coming off a win against previously undefeated Providence 3-1 at the Army Tournament in West Point, NY.

Junior, Kayla Gwozdz, the Zips left side hitter and offensive leader, was named to the All-Tournament team this past weekend in West Point. Gwozdz currently leads the team with 164 kills, averaging 3.73 kills per set. Gwozdz has proven her versatility,  ranking third on the team with 78 digs, and is tied for lead with 13 service aces.

Defensively, freshman Taylor Sharrits has been impressive in 2017. After the graduation of former liberos, Brenna and Callie Mack, Sharrits has stepped in as libero, averaging 3.98 digs per set. Sharrits was recently named to two All-Tournament teams.

Freshman, Emily Weigand, has stepped in as the team’s setter, after Karley Kusan graduation. Weigand averages 9.77 assists per set, and has 30 service aces this season.

Last season the Zips defeated their rivals the Golden Flashes, and aim for a repeat performance on Friday at the JAR. Free food will be provided to students in the AK-ROWDIES section, while supplies last.

Tickets are $6 and UA students are admitted free with their Zip Card.